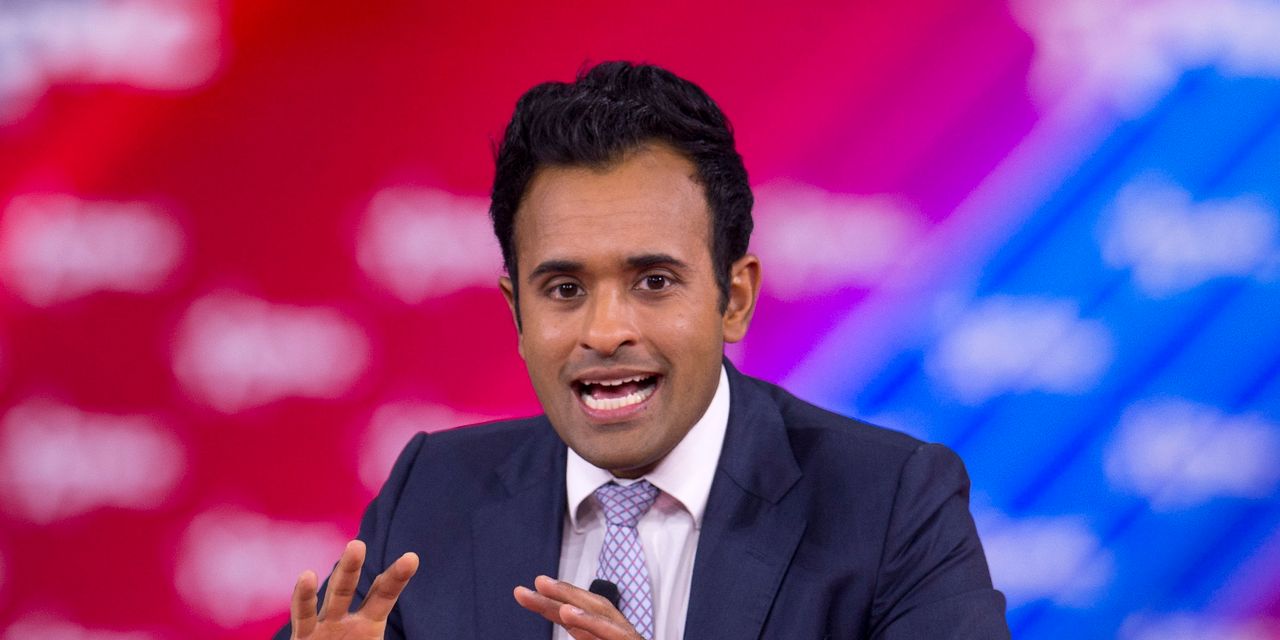 An upstart financial firm backed by Peter Thiel and Bill Ackman has a message for American corporations: Focus on making money, not taking stands.

Vivek Ramaswamy, who made his fortune in pharmaceutical startups before writing a book last year called “Woke, Inc.,” says he has raised $20 million to start a fund manager that would urge companies not to wade into hot-button social or environmental issues . Mr Thiel invested both personally and through his Founders Fund, joined by Palantir Technologies Inc.

Mr Ramaswamy’s ambitions speak to the culture wars nipping at US corporate executives. Under growing pressure from employees, investors and customers, many have taken public positions on political issues only to face criticism from the other side. Walt Disney Co.

CEO Bob Chapek recently flip-flopped on whether to weigh in on a controversial Florida law, angering both camps. Coca-Cola Co.

The firm, called Strive, will be based far from Wall Street in Ramaswamy’s home state of Ohio. In an interview Monday, the 36-year-old dubbed his approach “excellence capitalism,” focused on letting companies do what they do best—and nothing else—and inveighed against what he sees as a creeping liberal bias inside BlackRock Inc.

and its peers, Vanguard Group and State Street Corp.

which he called an “ideological cartel.”

Those three firms in recent years have become almost unimaginably large, managing $20 trillion of assets. They have pushed companies to improve diversity, cut their climate emissions, and embrace other changes—largely under the banner of “stakeholder capitalism,” which considers other outcomes, not just profits, when assessing corporate behavior.

In one high-profile example, all three sided against Exxon Mobil Corp. in its fight against a small hedge fund that had criticized its climate-change strategy and was seeking board seats.

Representatives for BlackRock, State Street and Vanguard couldn’t immediately be reached for comment.

BlackRock Chief Executive Larry Fink has publicly pushed back on the idea that his personal politics have clouded the judgment his firm exercises when it votes its funds’ shares on behalf of investors.

“Stakeholder capitalism is not politics,” he wrote in January. “It is not a social or ideological agenda. It is not ‘woke.’ “

Mr Ramaswamy’s project began under cover months ago, code-named “Whitestone” to capture its aim of being the anti-Blackrock, people familiar with the matter said. It isn’t known what products it will offer, and it has a long way to go to rival the combined market power of the financial giants it seeks to challenge.

“A majority of Americans want companies to stay out of politics,” he said. “They want to have a separate space for where they shop, where they work, and where they invest from the places where they cast their ballots or engage in their political debates.”

Appeared in the May 10, 2022, print edition as ‘Stakeholder Capitalism’ Criticized.’