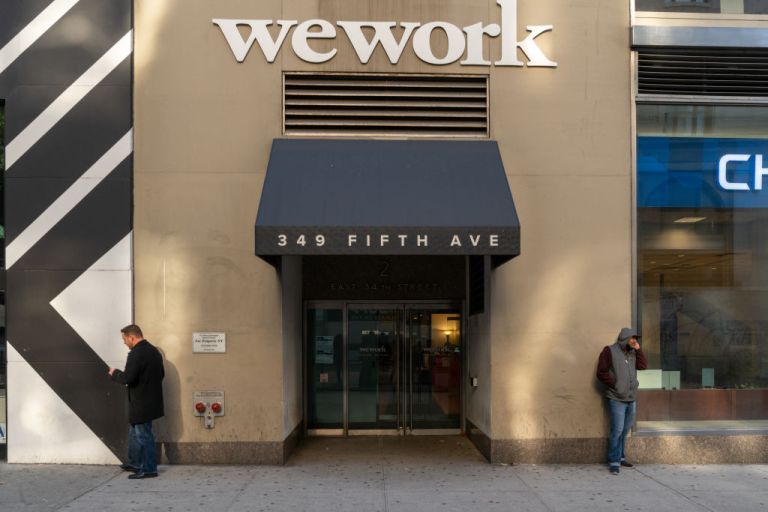 WeWork’s revenue changed less drastically, remaining lower than pre-pandemic levels — back when the firm was pulling in $881.7 million in the first quarter of 2020 — but ticked up 7 percent from the last quarter of 2021 and 28 percent year-over-year, according to the earnings report.

“Our first-quarter results underscore the long-term value of WeWork’s holistic offerings that are tailored to a new era for the office market,” Sandeep Mathrani, CEO and chairman of the company, said in a statement. “Having built a more sound and disciplined operating model, WeWork is well positioned to capture demand, grow occupancy and achieve revenue goals established at the beginning of 2022.”

The coworking giant’s consolidated desk sales, which excludes franchise locations, was the highest it’s been since 2020 at 166,000. WeWork sold 83,000 new desks — single-person office space — in the first quarter, slightly less than its 87,000 new desks in the fourth quarter of last year. In total, it sold 211,000 desks in the first quarter, compared to 217,000 in the fourth quarter of 2021, and WeWork’s average lease was for about 20 months.

Celia Young can be reached at cyoung@commercialobserver.com.