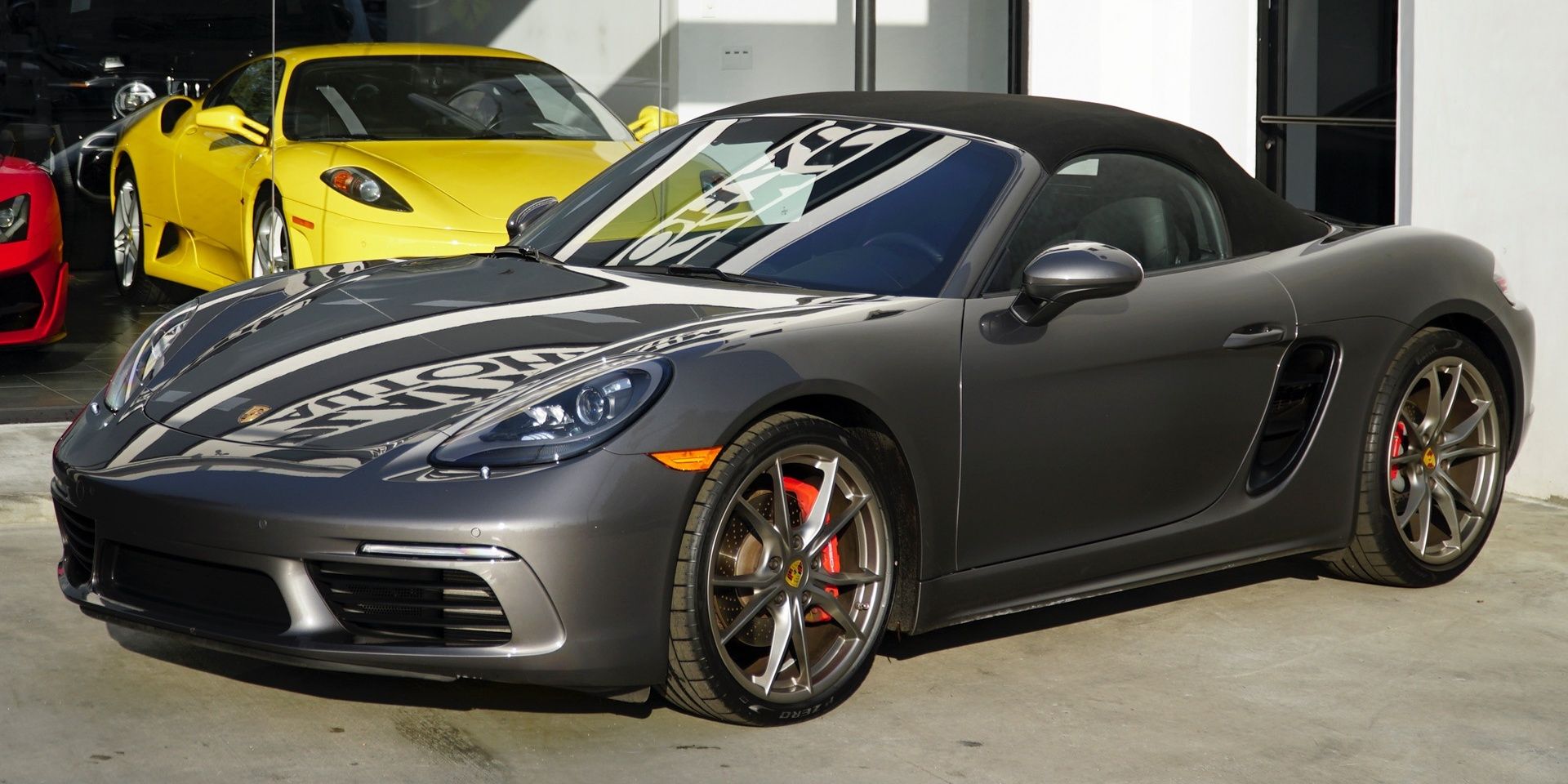 It is common knowledge that some of the world’s best sports cars are built by German manufacturers. The quality of German sports cars speaks volumes about the level of technology in their development. Brands like Bentley and Lamborghini, though bought from other countries, have been engineered by the Germans to higher states of perfection.

Germanium sports cars are renowned for their superior build quality, better tech features, and higher performance. However, every once in a while, even the top German brands have all managed to build disappointing cars. Some are plagued by reliability issues while others deliver boring performance. Muscle cars on the other hand may not be as sophisticated as German sports cars, but they offer tons of power for cheap. Although they are more in their element on dragstrips, some muscle cars also handle incredibly well. So despite the good qualities of German sports cars, we would rather buy a muscle car instead of these 10 models.

Sharing a bodywork with the legendary Audi Quattro, the B2 Coupe was a 2-door coupe built and marketed from 1980 to 1988. However, unlike the more expensive car, it was offered without the assistance of turbochargers. The 1981 model gave buyers several naturally aspirated engines to choose from.

Although the S4 started life in 1991 as the high-performance variant of the Audi 100, from 1997 it became the performance-oriented variant of the A4. The third and fourth generation models (2003-2009) are great cars with a powerful 4.2-liter V8 under the hood.

Despite this and their cheap used prices, we will still prefer a muscle car. When the engine was developed, instead of a belt, Audi used a timing chain that was supposed to be “maintenance free”. But, due to heat and friction, the plastic guides and tensions they used would break and cause an engine rattle that was expensive to repair.

RELATED: 10 German Classic Cars That Will Make You Want To Remortgage Your House

The Audi TT is a cute little sports car that Audi designed from scratch and launched in 1998. Although it has grown to become a highly praised sports car, things were not too rosy with the first generation of TTs. Most of the issues plaguing the 1998 model involved the brakes, engine, suspension, and steering.

About a year from its release, it was recalled for problems with the car’s handling. In addition to earlier recalls it has also been recalled recently for faulty airbag inflators that may explode during airbag deployment.

After a redesign in 2009, the BMW Z4 was further upgraded in 2011. It retained the sleek styling and luxurious interior. Unfortunately, nothing was done about the reliability issues of the previous model. So far, the 2011 Z4 has been recalled five times by BMW.

In 2013, it was among 516,791 cars recalled for potential loss of power which could lead to stalling. This was followed by recalls over rear constant velocity (CV) joints and camshaft housing bolts that could break and cause engine stall. Lastly, there was also the risk of fire from issues with the PCV valve heater.

Backed by 887 hp and 944 lb-ft of torque, the low-slung 2015 918 Spyder exceptional performance that justifies its near-million-dollar price tag. Why then, is it on this list? According to the NHTSA, it is plagued by major issues for which it has been recalled six times.

The two recalls in 2014 were because of the faulty rear axle and front lower control arms. Another recall concerning the vehicle’s handling was for the potential cracking of the control arm shafts. It has also had issues with the wiring harness for the left rear radiator fan and incorrect seat belt mounting screws.

The 2017 E-Class coupe is an eye-catching and technologically advanced sports car that has an impressive cornering ability. Unfortunately, its long list of reliability issues has made it the subject of too many recalls already. These include several recalls for issues relating to airbags and for problems with the electrical system.

RELATED: These Are The 10 Coolest German Sports Sedans From The 2000s

Redesigned for 2017, the Porsche 718 Boxster arrived with a choice of two turbo-four engines rated at 296 hp and 345 hp. It came with lots of driving aids, and thanks to the mid-engine layout and upgraded mechanicals, it boasted remarkable agility too.

While one cannot fault the car’s performance, some of its build quality issues shouldn’t be ignored. The NHTSA records five safety recalls involving the 2017 718 Boxster. Documented issues include a sloppily bonded windshield that could detach during a crash. In addition, there were issues with the airbag inflator initiators and the danger of fire from fuel leaks.

The small and nimble 2004 SLK 230 was the entry-level model in the SLK Class lineup. Apart from enduring the cheap and cramped interior, drivers are also faced with big blind spots when the top is up. Moreover, with its 2.3-liter supercharged engine coughing up only 190 hp, it won’t be blowing away any doors.

In addition, the SLK 230 also suffered from build quality issues for which it has been recalled six times. Some of its reliability woes include instrument cluster failure, faulty trunk lid springs, and a malfunction of the sensotronic brake control (SBC) system.

RELATED: 10 German Sports Cars That Can Be Modified To Annihilate Most Supercars

As a luxury sports car, the 2018 Mercedes-AMG GT impresses with lots of high-tech features and a range of powerful twin-turbo V8 mills. Unfortunately, it also has a long list of imperfections that earn it a spot on this list.

Firstly, it had seatbelts that could bind and fail to protect the occupant in a crash. Secondly, it also had several airbag-related problems. The last two recalls involved a malfunction of the emergency call system and the insufficient bonding of the carbon fiber driveshaft to the flange.

Apart from the not-so-great acceleration, the ride quality was underwhelming while the steering was neither sharp nor responsive. Despite its great styling and luxurious interior, we would rather go for a nice American muscle car that delivers greater satisfaction behind the wheel.