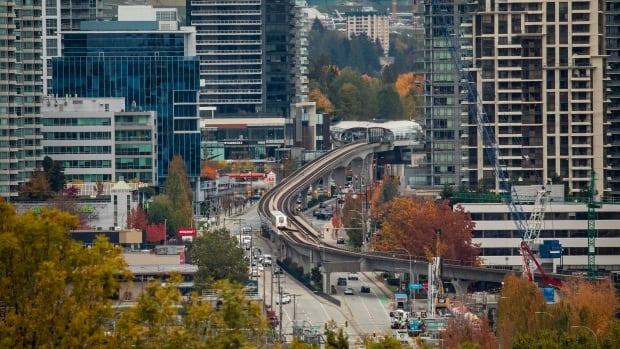 TransLink is getting into the lucrative real estate development business with an eye to building for-profit residential, commercial and mixed-use developments near transit amenities.

CEO Kevin Quinn said the drop in ridership and revenue during the COVID-19 pandemic has made the public transit provider realize it needs to diversify how it generates additional revenue that does not rely on taxation.

During the COVID-19 pandemic, TransLink received government subsidies of $ 676 million.

“While we continue to bring riders back to the system after a very difficult two years, this initiative is a creative way to generate funding for essential Metro Vancouver transit services,” said Quinn.

“It’s surprising to me that it’s actually taken this long,” said Price.

“In principle, what [TransLink] wants is to capture some of the value that is added to the land the moment they show up … You build the station and you get some of the value. How? Real estate development is the obvious answer, “he said.

Price said the practice of transit authorities developing real estate in lockstep with expansion has existed for decades in other places, including Sweden, going back to the 1950s.

“They started that idea and it all worked as a package. It worked pretty well, actually, in cities all over the world,” he said.

He points to the exploding Brentwood neighborhood in Burnaby as an example of a development boom with cities favoring densification along transit infrastructure.

Another example is the Broadway corridor in Vancouver, where property values ​​are expected to rise with city council approving Wednesday the 30-year Broadway Plan to develop a large swath of land along the Millennium SkyTrain Line extension route.

According to Price, the Hong Kong Mass Transit Railway (MTR) is the most successful, and perhaps cautionary example.

“What’s often said of the MTR is that it’s a real estate company with a transit division,” laughed Price. “Whether that happens here, you could certainly see the scale on which it could.”

In 2020, the first year of the pandemic, TransLink ridership dropped to 48 per cent from the previous year. Quinn says it still hasn’t recovered, but did reach a milestone of 80 per cent of pre-COVID levels on a recent weekend.

“We will still need to identify more long-term funding solutions, but this program will improve people’s access to transit, create more transit-oriented communities and generate new long-term revenue to help us improve and expand our system.”

Both the Mayors’ Council and TransLink Board have endorsed the move into real estate development, which will be done through private and public partnerships, according to TransLink.