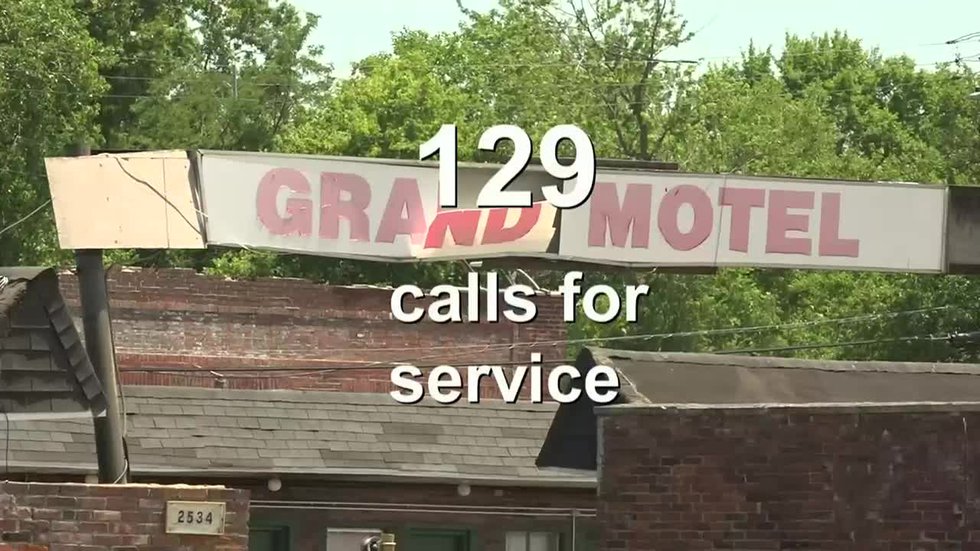 A residence in the 5000 block of South Grand Boulevard near Walsh Street is under police investigation and a cease-and-desist order, according to Ward 13 Alderwoman Anne Schweitzer.

The cease-and-desist essentially tells the property owner to stop being a disturbance in the neighborhood.

Neighbors, who wish to remain anonymous, told News 4 that a shootout captured on camera last November stemmed from residents from that Grand Avenue property they’re calling a nuisance.

St. Louis Metropolitan Police confirmed with News 4 at least 13 calls for service happened at the residence over the last two years.

Lanow Partnership LLC is listed as the owner of the property. News 4 went to the listed address for a comment from the company, but no one was there. The address also appeared to be vacant and a different business appeared to have once occupied the building. The Missouri Secretary of State’s website showed a Jefferson City address for the property.

Grand Motel on North Grand Boulevard in North City has a nuisance property meeting with the City of St. Louis in July, according to city officials.

SLMPD call records show police responded to the address 129 times in the last two years. The owner of the property declined News 4′s request for comment.

The Jeff-Vander-Lou Neighborhood Association is holding a meeting about the property Saturday at 11 am at 1523 Webster Ave.

Curtis Lamm lives less than a mile away from the nuisance property at Walsh Street and South Grand Boulevard. He told News 4 he and his neighbor have been successful at getting rid of nuisance neighbors in his area.

“We were taking pictures of what we saw, personally,” Lamm said. “So, we didn’t necessarily approach them on each incident. But when the property manager came or when we saw them, we had video, we had pictures. Afterwards, they just found a whole bunch of things in that place and were able to kick him out. You keep making sure you tell the police and you document … then it kind of gives incentive for that person to move on. Issues that usually happen here stopped happening. We haven’t had any major concerns here for a year and a half – maybe two years. ”