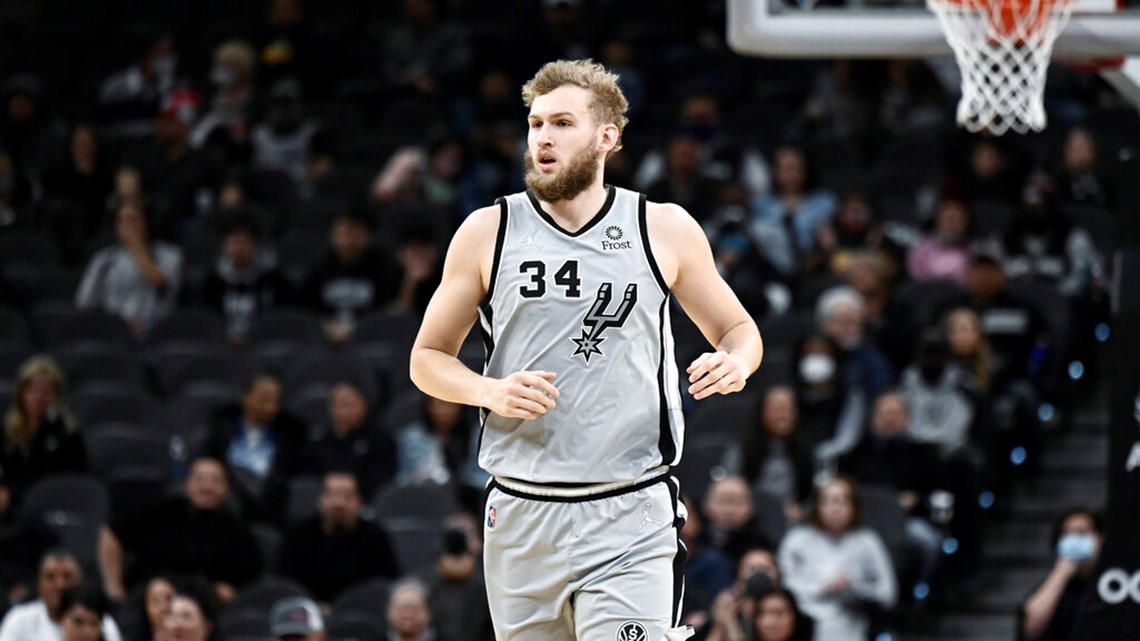 “It’s like this little fantasy world we all live in,” Landale said.

From fashion lines looking to have players wear their clothes, the endorsements, going to the finest restaurants, flying on private planes to the huge salaries, being in the NBA has its perks, and San Antonio Spurs center Jock Landale isn’t taking it for granted.

Speaking with Australia’s SEN, the Spurs rookie got a big dose of the NBA lifestyle last season, and it left him stunned.

“It’s not real life. It’s like this little fantasy world we all live in,” Landale said. “All the five-star hotels and the best Michelin star restaurants and private jets.”

But Landale isn’t taking the NBA world for granted.

He admits he has to remain humble because he understands it won’t always be this way.

“For me, I’m not allowing myself to get used to it because it doesn’t last forever,” he said.

On the court, the big man from Australia got to compete against some of the best basketball players from across the globe.

And one player he admits was his toughest defensive assignment was Sixers’ Joel Embiid who left him in awe of his abilities on the court.

“I said to my dad a couple of weeks ago – I said he’s the only player I’ll ever admit that I’ll never have a chance against,” he said. “He’s just on a different level physically, offensively, defensively. He’s a freak of nature.”

The fan-favorite had his ups and downs in his first NBA season, but played well.

Last season, Landale played 54 games in San Antonio and averaged 4.9 points per game, 4.6 rebounds per game and shot 32-percent from the three-point line in 10.9 minutes per game.

He had a NBA career — high 26 points against the Pacers and showed off his deft three-point shooting tough during the season.