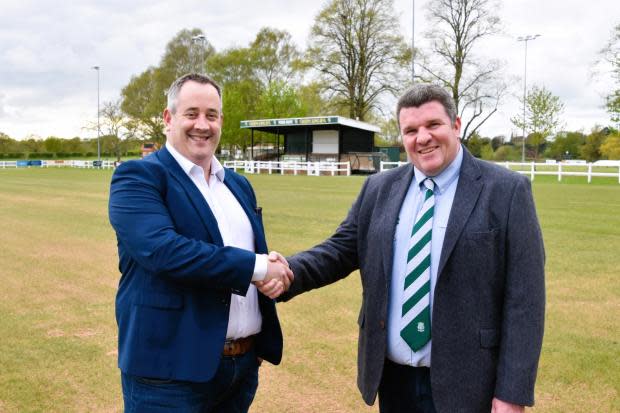 A FINANCE company involved in some of York’s largest property deals has thrown its weight behind York Rugby Union Football Club.

Ice Cubed Property Finance whose founder Tom Frank used to play at the club has signed a three-year deal with York RUFC as its new main sponsor.

The company specializes in arranging finance for property and development projects, and has worked on deals including York’s Malmaison hotel, the former gasworks site in Heworth, the former Mecca bingo hall and properties on Coney Street.

This has totalled more than £ 170 million of funding in York alone over the past four years.

The company is also a sponsor of York Knights Rugby League Club and has been involved in various Make it York initiatives.

Tom Frank, managing director, said: “We’re thrilled to be the new main sponsor of the club as it holds very many happy memories for me personally and as a proud York-based company we want to work with and support other York businesses. .

“The club is a key part of the business and social infrastructure in the city.

“While we are providing funding across the UK, we have a huge amount of love and belief in York.

“We see the city as a cornerstone of our business and are proud to be a part of its growth over the last few years.”

Mark Gronnow, chair of York RUFC, based in Shipton Road, added: “We’re delighted to have Ice Cubed Property Finance our main sponsor of the club and look forward to working with them in the years ahead. The sponsorship will allow us to continue the good work we do at all levels. ”

During the sponsorship, Ice Cubed Property Finance will also bring in its professional partners to get involved with the club including Blacks Solicitors and Royal Pilgrim Communications.