These shoes are made for walkin ‘, sure – but they’re also made for offering style and hope to women whose health problems had them convinced they’d never wear cute shoes again.

Greenville contractor LaShonn Edmunds is set to release her first run of CAIRS this spring, fashionable four-way stretch shoes for women like herself with lymphedema, or chronic localized swelling of the body caused by an accumulation of fluid.

Edmunds acquired lymphedema after the birth of her third child 23 years ago. Her feet had swollen during her two previous pregnancies but would go back down after she gave birth. This wasn’t the case for her third, and when a nurse told her she had lymphedema, she said, “That’s fine, I’ll take medication for it.”

“Typically [before CAIRS] I would have to wear sneakers and working in corporate America it was very embarrassing. Or I’d have to go up two sizes, and that’s horrible for your health. So God got sick of me worrying about it and told me to go invent something. ” – LaShonn Edmunds

The nurse had bad news: lymphedema has no treatment, Edmunds would have to wrap her legs and feet in compression garments to keep swelling down, and that it would be a lifelong battle.

The discomfort and hopelessness Edmunds felt after her diagnosis, along with fielding rude stares from strangers and shoes that never fit right, took a toll mentally too.

“It’s heavy on the mental health side and that’s one of the parts of my story. Before this I was like a fashionista. I had like 40 pairs of shoes, and when this happened it just devastated me. The shoes they make now [for swollen feet], they’re clunky, big, closed toe… they’re just so hideous. No woman who’s out there enjoying her best life would put those on, ”Edmunds said. “Typically [before CAIRS] I would have to wear sneakers and working in corporate America it was very embarrassing. Or I’d have to go up two sizes, and that’s horrible for your health. So God got sick of me worrying about it and told me to go invent something. ”

Thousands around the world experience lymphedema, and the most well-known experience of it is in women following cancer treatment. A study released by multiple universities in March reported one in three cancer survivors experience chronic lymphedema, which is often brought on by physical trauma. For them, it’s cancer. For Edmunds, it was childbirth; and for friends of hers, reasons include a car accident and simply bumping a knee on a nightstand.

Edmunds came up with the idea for CAIRS in 2016 and, using her credit card as seed funding along with income from her day job as sales and operations technology senior specialist for Henry Shein, she got started.

As though on a well-worn path, she was directed, person by person, to folks who could help turn her vision into a reality. Her pastor runs an entrepreneurship program, which led her to the chamber of commerce, where she met her future mentor-slash-bestie (a woman who’d invented motorcycle boots for women). She introduced Edmunds to Synergy Mill cofounder Joey Loman who introduced her to 3D printing, thus helping her create her very first prototypes. 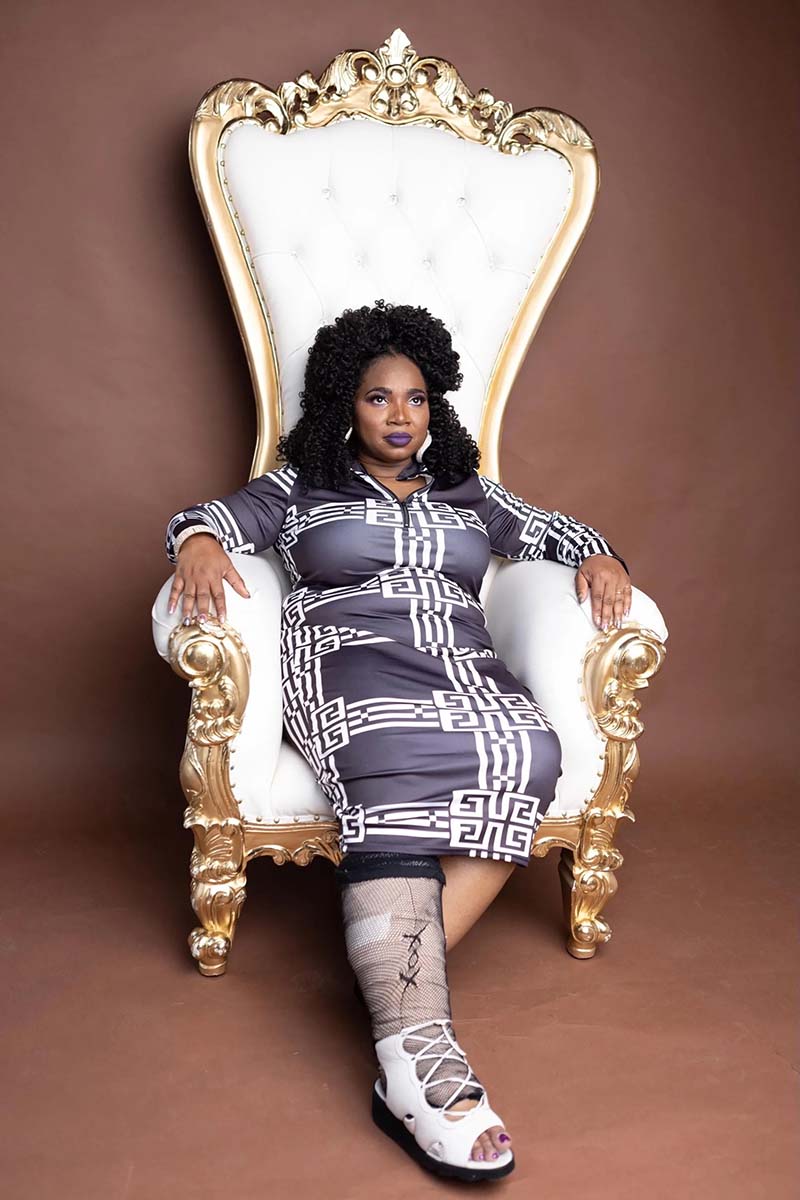 CAIRS mission statement: “Looking to help, one pair at a time.”

Following her next step at Village Launch, she met a custom shoemaker who suggested tweaks to the product. Now, years into the process of developing these shoes for the masses – after winning several grants and pitch competitions, which have helped her pay off some debt incurred from start-up costs – her first run of shoes is in the mail.

Edmunds is bursting at the seams to get other women into her shoes. Ever since she invented them, she’s worn them every day, finally comfortable – and fashionable – after years of footwear woes.

“I don’t care what event is going on, these shoes are on my feet,” she said.