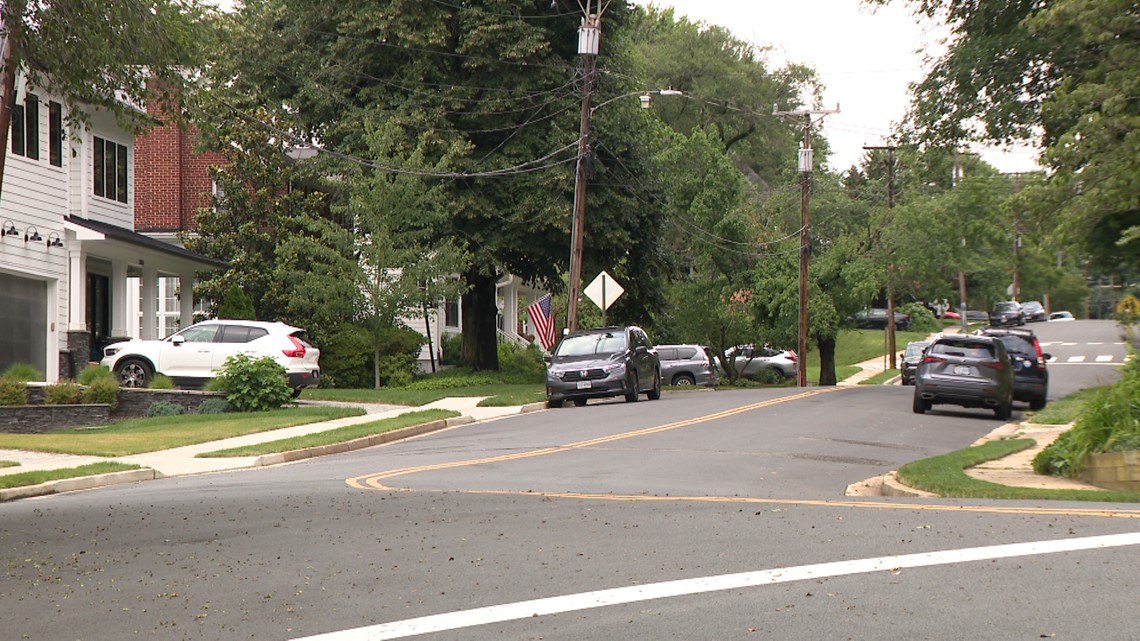 Arlington County Police report three cars were stolen in a matter of days.

ARLINGTON, Va. – Neighbors are on high alert after Arlington County Police said thieves are getting inside people’s homes in the middle of the night, stealing their car keys, and taking their cars out of the driveway.

Since June 17 three cars have been stolen from Arlington driveways.

However one neighbor said his family’s two cars weren’t stolen, but someone did come inside their home on N. Dickerson Street and take two sets of car keys.

“It’s very unnerving, absolutely, knowing they could come back,” a father who wished to remain anonymous said. “And they just seem with each robbery, they seem to be growing more and more confident.”

He said in the early hours of June 20 someone got inside their home and stole two sets of keys but left the cars in the driveway.

“I think they were probably in the other stolen cars they had just stolen in the neighborhood and I think there were probably two or three of them, you know one driver per car. So I think probably what their plan is to come back at an opportune time. So we’re going to have to the locks changed at the dealership, “the father said.

According to Arlington County Police reports, thieves also stole two sets of keys and two Audis from another home on 36th Street N on the same night. That homeowner said they got their cars back after Audi tracked the cars down in DC

On June 17 a similar situation happened a few streets over on Chesterbrook Road where police said someone went inside a home and stole the keys as well as the BMW outside.

“I think when it’s one thing to just kind of open up a car door and grab the loose change, it’s another thing to steal the vehicle and go through somebody’s house,” the father who wished to remain anonymous said.

Police reports show in all three situations there were no signs of forced entry.

“I check my doors once or twice every evening. I don’t know if there’s a chance I didn’t lock it but it’s muscle memory I do it every night, or there’s a smart deadbolt so I think maybe the other house that was broken into had the exact same type of deadbolt so I think maybe they might have scrambled it to get access to the door to unlock it, “the father who wished to remain anonymous said.

“Honestly when I talked to my neighbor, he’s the same way. He checks the locks and doors religiously and he said what’s the chances both of our houses were broken into on the night we just happened to lock the doors, which I think the locks might have had something to do with it, “he added.

All of these cases are still under investigation.

In the meantime, police are reminding folks to always make sure windows, skylights, and doors are locked.

WUSA9 is now on Roku and Amazon Fire TVs. Download the apps today for live newscasts and video on demand.

Download the WUSA9 app to get breaking news, weather and important stories at your fingertips.

Sign up for the Get Up DC newsletter: Your forecast. Your commute. Your news.

Sign up for the Capitol Breach email newsletter, delivering the latest breaking news and a roundup of the investigation into the Capitol Riots on January 6, 2021.