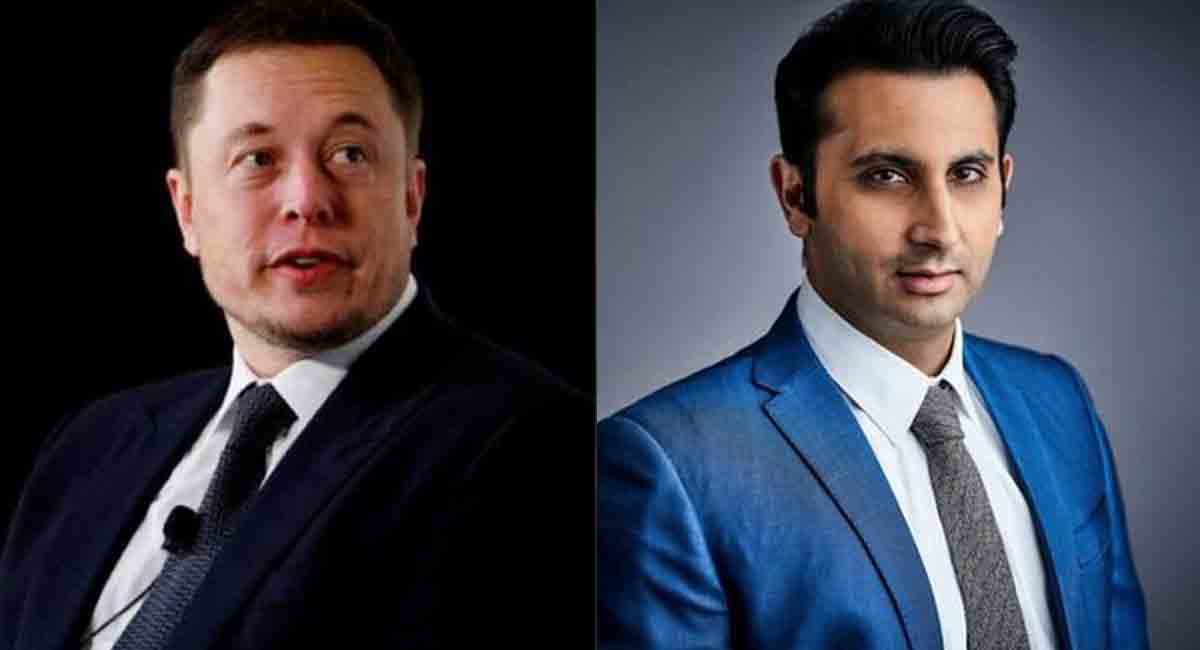 The world’s richest man, Elon Musk, got some advice from an unlikely quarter on Sunday. Adar Poonawalla, CEO of Serum Institute of India (SII), in a tweet, advised him to start making Tesla cars in India. “Hey @elonmusk just in case you don’t end up buying @Twitter, do look at investing some of that capital in INDIA for high-quality large-scale manufacturing of @Tesla cars.

I assure you this will be the best investment you’ll ever make, “Poonawalla tweeted.There have been reports of Tesla wanting to enter the Indian market, but roadblocks have hindered its entry.In 2015, Prime Minister Narendra Modi visited the Tesla Motors headquarters near San Francisco.

In 2017, Musk tweeted that “India commits to sell only electric cars by 2030. It is already the largest market for solar power”, referring to a World Economic Forum report that noted “all cars sold in India will be electric by 2030”. In 2020, the Tesla CEO had tweeted that the company is coming to India, “Next year for sure”.

In July 2021, Musk said Tesla may set up a manufacturing unit in India if it first succeeds with imported vehicles in the country. Interacting with followers on Twitter, Musk then noted that the import duties in India were “the highest in the world” and hoped for “at least a temporary tariff relief for electric vehicles”. In January, Musk said that Tesla was not in India due to “challenges with the government”.

Replying to a tweet on when Tesla would launch in India, Musk wrote: “Still working through a lot of challenges with the government.” Completely built-up (CBU) vehicle imports in India are taxed at 60% for those priced less than $ 40,000 in the global markets, and at 100% for more expensive ones, irrespective of the fuel type (petrol, diesel or electric). But if a carmaker assembles an EV in India, that vehicle would be taxed at just 5% (GST).

Even as Tesla dithers in making EVs in India, other global carmakers are going ahead with their plans. This year, for instance, Mercedes-Benz India will start local manufacturing of the EQS luxury electric car at its Chakan, Pune plant. Hyundai Motor India, which will have six EVs in India by 2028, will soon start local assembly of the Ioniq 5.