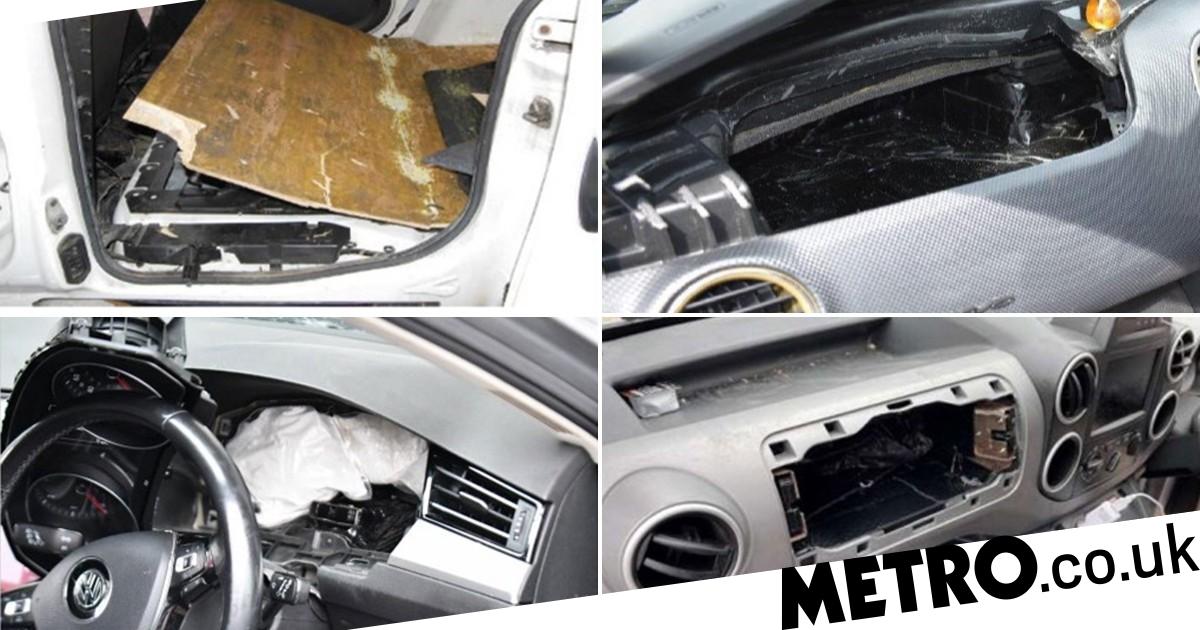 A garage suspected of installing compartments in cars designed to stash drugs has been raided.

Scotland Yard said it had been monitoring the business and suspects linked to it for some time.

Police have previously seized 30 vehicles thought to have been altered there and the investigation has turned up 15kg of class A and 17kg of class B drugs, as well as £ 350,000 in cash.

Met Officers targeted the site in Bexley, south London, along with five addresses thought to be linked to organized crime.

During the operation, detectives seized three cars which appear to have been fitted with sophisticated hiding places which are known to be used by gangs.

They are being held on suspicion of participation in the criminal activities of an organized crime group under section 45 of the Serious Crime Act 2015.

All four remain in police custody while the investigation continues.

Detective inspector Lydia Stephens said: ‘We have been investigating the garage and the individuals believed to be concerned in installing the hides for some time.

‘The compartments can only be installed for one purpose: concealing illegal items in order to facilitate serious organized crime.

‘So far it has led us to identify a number of organized crime groups in London and nationwide.

‘This investigation is a prime example of the excellent work of our specialist detectives working tirelessly to apprehend criminals who believed they can operate beyond the arm of the law, facilitating the workings of organised crime groups and profiting from doing so.

‘This activity cannot continue and the Met is working harder than ever to bear down on serious organized crime and keep communities safe.’

Get in touch with our news team by emailing us at webnews@metro.co.uk.

For more stories like this, check our news page.

Get your need-to-know latest news, feel-good stories, analysis and more