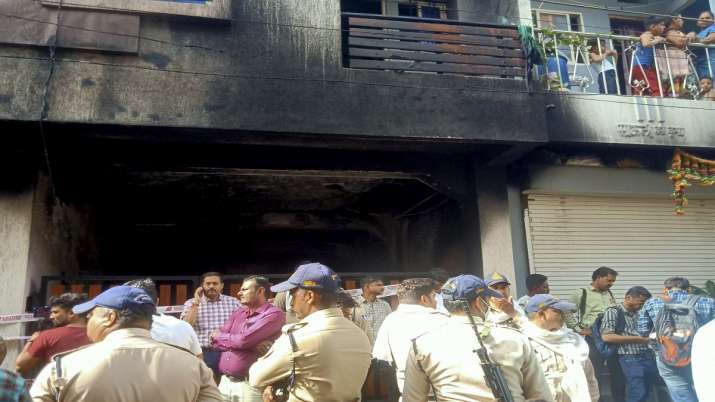 Indore Fire Incident: Police have arrested a jilted lover, who had allegedly ignited a fire in a three-storey residential building that left seven dead and nine injured in Madhya Pradesh. Upon seeing the police, the accused, Shubham aka Sanjay Dixit (27), tried to flee and in the process fell on the road in Lohamandi area and got injured.

Accused torched the scooter of a woman he loved

The accused was nabbed on the intervening night of Saturday and Sunday and booked under Indian Penal Code Sections 302 (murder) and 436 (mischief by fire intending to cause destruction of any building), the police said. He had fled after allegedly torching the scooter of a woman residing in the residential building in Vijay Nagar locality on Saturday after she rejected his marriage offer.

Dixit, who originally hails from Jhansi in Uttar Pradesh, was working in a private firm here for the last couple of months, the police official said. Meanwhile, a video surfaced on social media purportedly showing Dixit, having bleeding on hands and legs, lying on a stretcher in a hospital here, writhing in pain. Qazi said Dixit was injured when he tried to climb a road divider to evade arrest. On Saturday morning, Dixit had allegedly torched the woman’s scooter following which the fire from the building’s parking area spread upwards, engulfing the premises, police earlier said.

“Initially, it had appeared that a short-circuit caused the fire. But, after scanning CCTV footage of the houses near the gutted building, police found that a man ignited the blaze by setting fire to a vehicle in the building’s parking area. flames spread and engulfed the three-storey building, “an official said. The accused had vacated a rented flat in the building six months ago. He wanted to marry the woman who lived in the same building, but she was going to marry another person, the police said.

Dixit and the woman also had a quarrel over Rs 10,000, they had said. After setting the woman’s vehicle on fire, Dixit fled to his friend’s place in Niranjanpur area and later moved to Lohamandi area, the police said.