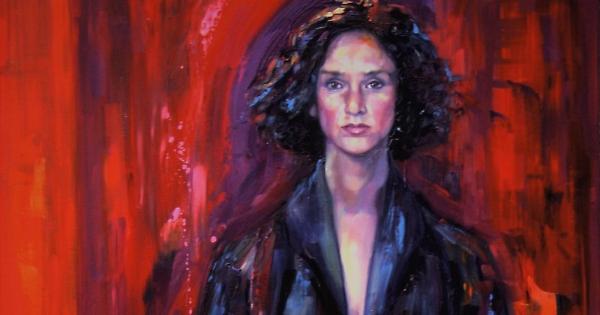 A SCULPTOR whose work has been compared to that of Barbara Hepworth is exhibiting in Henley from next week.

Christian, from Reading, says: “The idea is that she has the walls and I’ve got the plinths so it’s not too crowded or busy.”

The 59-year-old sculptor says the only downside is the “schlep” from home with around 20 of his sizable creations so he is hiring a big van.

Christian, who says he has got the biggest kiln in Reading, creates his pieces by coiling and using very expensive clays, such as heavily grogged crank, which has fine particles to minimize cracking, or a sculptural white clay.

He allows for shrinkage when a piece is drying, then for more when it is fired.

“The compromise is between what you want the shape to be and what the clay will allow,” he says. “I have families of shapes that I work with, which means that at the end of all this effort, I’m more likely to have something which is beautiful and harmonious to look at.

“For me, there is a deep meaning to the original family of the shapes and beauty is such a wonderful thing – beauty is where it’s at.”

Christian admits to having a “fairly strange background” to his artistic career, which began in the Nineties.

He explains: “One cold day, when I’d sort of failed at my various endeavors, I decided, right, I’m going to London to be a sculptor.”

He ran the ceramics studio at Hackney City Farm, while moonlighting at night in a “punkish hardcore” band called Swineherd during the grunge era.

He says: “I remember going to see the Pixies in their first concert at the Town & Country in London and I thought, ‘Right, let’s get on with this.

“That’s when I went along on the rock‘ n ’roll side of things. I’ve had a beer with Nirvana. Our bassist used to play in a band with Dave Grohl in New York called Scream, so we knew them before they went stratospheric.

“When they were playing in London, we’d nip along backstage and stay in the dressing room drinking their beer while they were on stage.”

When his band was signed to record label Alternative Tentacles, Christian “dropped tools” and “spent a number of years drunk, I suppose you’d have to say”.

After years of gigging and living the accompanying lifestyle, he realized that “sculpting works things out in you that music does not”.

He has subsequently exhibited at the Old Fire Station Gallery several times and in the Sculpture Garden at Artspace, run by Bridget Fraser of the Barn Galleries in Aston.

Christian’s pieces retain a lot of meaning for him. He says: “I know where all of my pieces have gone – my favorite one is in a house in Holland Park. The owner keeps it in the window, so I’ll sometimes go and say hello to it. ”

Christian will be attending the exhibition and will be happy to share anecdotes from his music years.

Charlotte will be showing a range of her portraits alongside works from her “Essentials / Non-essentials” series, which was a reaction to the coronavirus pandemic.

She is best known for her portrait work.

She is currently exhibiting in the Portrait Artist of the Year exhibition in the Compton Verney Gallery in Warwickshire.

She uses intense colors, sometimes abandoning her brush in favor of lavish injections of paint.

• The Christian Tiburtius and Charlotte Baynes exhibition will be at the Old Fire Station Gallery, 52 Market Place, Henley, from Thursday to Tuesday, May 12 to 17, from 10am to 5pm daily.