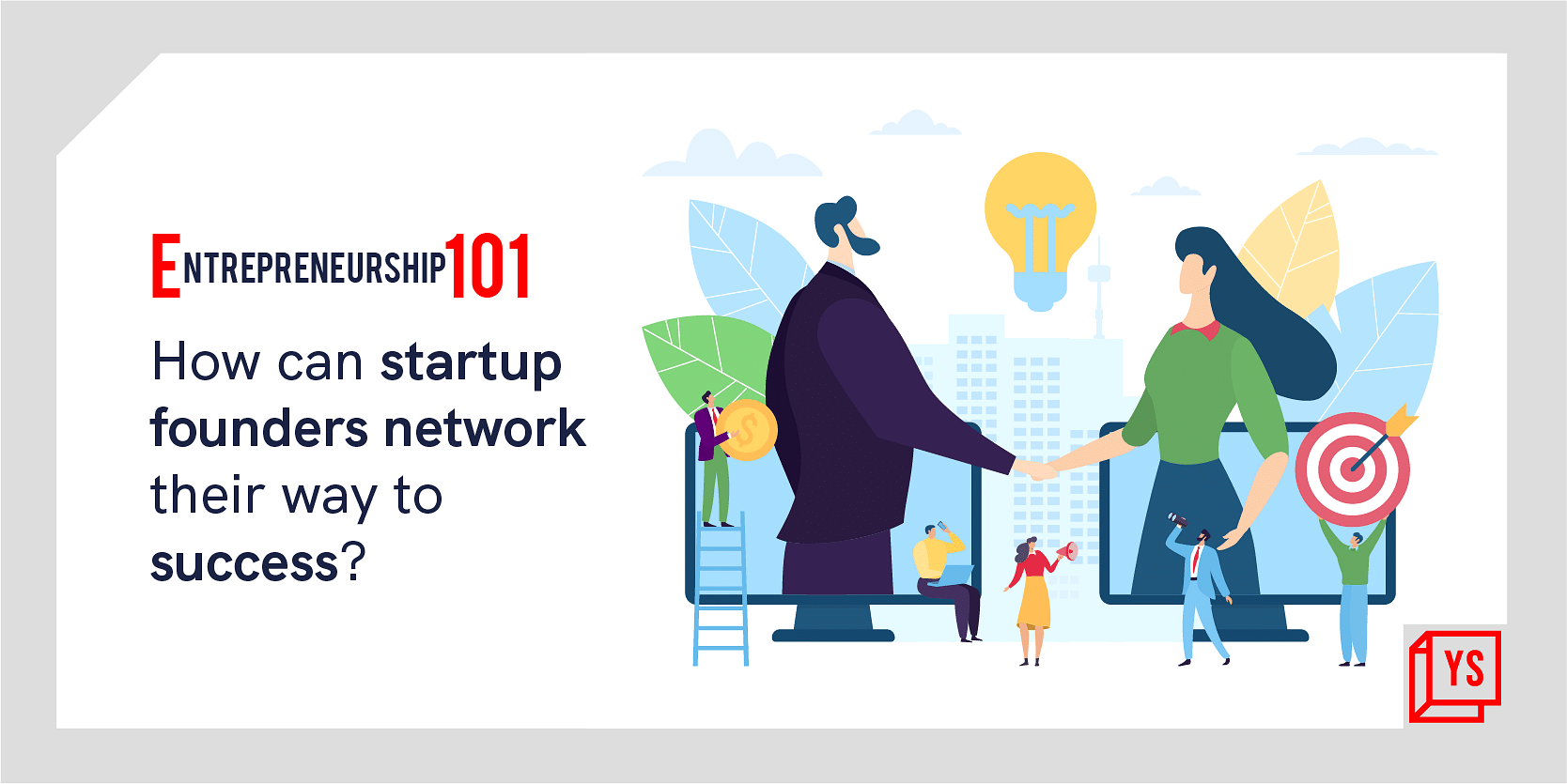 “Entrepreneurship is all about creating opportunities where none exist. Networking allows an entrepreneur to explore the uncharted path, ”he says Vineet ToshniwalFounder and CEO of BizzO.

If one were to list down the essential skills a successful entrepreneur must possess, networking would definitely make it to the top five.

Essentially, networking is the process of interacting with people in order to establish social contacts, exchange information, or develop a professional relationship.

Social gatherings — say a meet of the startup community or a formal dinner — provide aspiring and established entrepreneurs networking opportunities that can be leveraged to meet a potential investor, a future employee, a possible partner, and even future brand collaborators.

“Building long term relationships is probably one of the most important things that a founder can do for themselves and their companies,” he says Akshay ChaturvediFounder and CEO of Leverage Edu. These relationships can be built with seasoned entrepreneurs, peers, industry and sub-sector experts, users, and so on.

However, networking does not come easy to everyone. Breaking the ice and initiating a conversation with a stranger can cause many to sweat. To be eventually good at networking, one has to be patient, persistent, and confident. With this in mind, Entrepreneurship 101 spoke to startup founders on how to network successfully.

Why is networking so important?

From a business perspective, each interaction with a stakeholder opens up the possibility for entrepreneurs to later connect regarding possible partnerships, collaborations, or even investments and sales. Networking with mentors and peers allows one to tap into a pool of ideas where they can not only develop new products and services, but also collaborate with existing ones, believes Vineet.

Akshay says that his entrepreneurial journey so far is entirely built on relationships he has cultivated at different stages of his life. More than half of the leadership team at Leverage Edu are friends from Akshay’s earlier days. “Chemistry helps us be both transparent and intense with each other without egos,” he adds.

In fact, almost all the external funds that Leverage Edu has raised so far are a result of long term relationships.

“In my first angel round, I had three professors, four ISB alumni, all my [former]bosses, and half a dozen friends… My first VC round, led by Blume (Ventures) and DSG (Ventures), had me meeting Karthik Reddy because of my ex-boss Vir Kashyap, and Deepak Shahdadpuri because of Vishal Gondal. In fact, the fruits of our Series B round, led by Kaizenvest Private Equity, were laid when I met Sandeep Aneja over a casual breakfast in Singapore over three years ago, ”Akshay reveals.

Similarly, Smit Kant RaturiCo-founder of ValetEZ, found partners for his first venture among former colleagues, and his present co-founder Prashant Chandrasekaran was also his batchmate at Oxford.

Additionally, he reveals how he once met the co-founder of one of the country’s largest telecom companies and kept in touch with him throughout the growth of Medulance. “We were able to pilot a new product with his organization,” he adds, which went on to become Medulance’s flagship product with a subscriber base of over 10 million employees across 60-plus organizations.

The pandemic has led to an increase in the number of WhatsApp groups for stakeholders in the startup community. Akshay himself is a part of several WhatsApp groups run by senior founders and VCs. Kisses WhatsApp, portals like LinkedIn provide a great virtual experience when it comes to networking. In fact, with more than 690 million members on its platform, 80 percent of all B2B leads come from the professional networking platform. Similarly, startup programs allow a good platform for networking. The likes of Omidyar Capital, Village Capital, and NSRCEL (IIM B) have already helped many entrepreneurs connect with others in the ecosystem.

Secondly, conferences and networking dinners provide a good platform to meet the otherwise unreachables of the startup ecosystem. Similarly, startup award functions are a great way to not just appreciate and acknowledge the ones who are doing well but also connect on finding the impact of their products and services. Moreover, award functions enable entrepreneurs, investors, and other stakeholders of the ecosystem to share their vision for the future.

The third and most important one is just reaching out. Entrepreneurs should be persistent and never hesitate to ask for assistance when required. Akshay takes pride in being the first one to qreach out to whoever he can learn from. He discloses that he is very persistent, “Sometimes following up for years.”

This habit of his has led him to connect with the likes of Vijay Shekhar Sharma, Kunal Shah, Amrish Rau, Haresh Chawla, Rajesh Agarwal, and more.

Finally, Pranav says, “Networking can start at home and not necessarily outside.”

Entrepreneurs should surround themselves with the right kind of people—Individuals who will provide the right kind of lessons and constructive criticism. “This also includes the team you work with. Hire people who are driven and have the right vision that will supplement your ideologies, ”he adds.

“Businesses can be temporary but a good network stays forever and can be useful throughout the life of any entrepreneur,” says Pranav.

He suggests that regardless of the platform, whether it is a virtual or physical networking opportunity, startup founders should focus on building a strong connection so you can feel free to reach out whenever needed.

Vineet advises aspiring entrepreneurs to dedicate at least an hour a day to connect and reach out to relevant contacts.