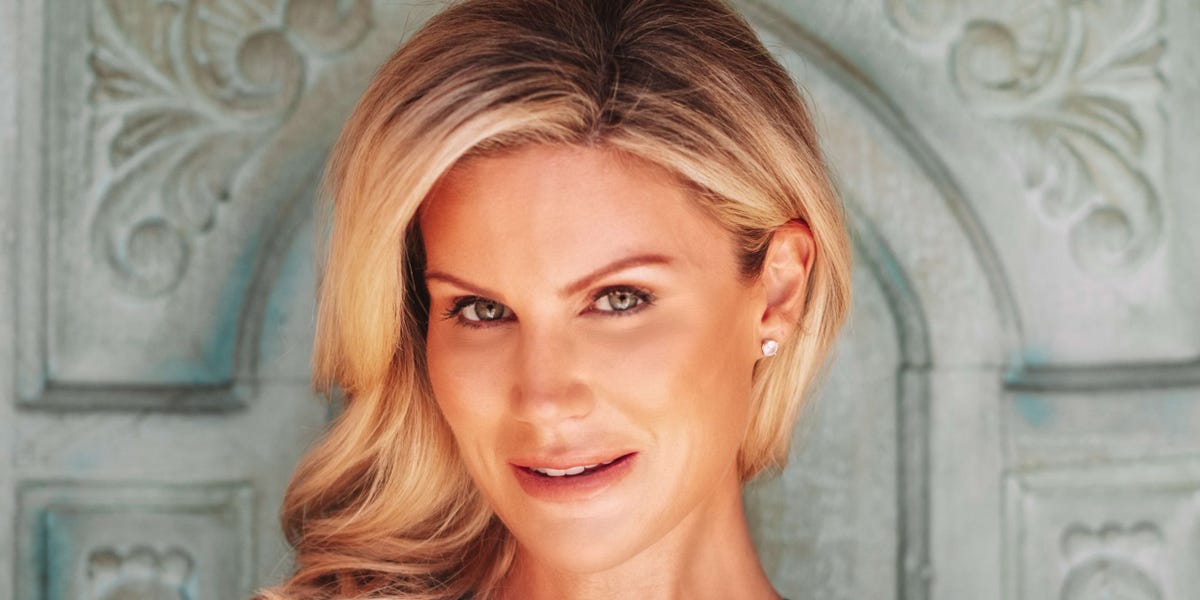 Purchasing a home has been exceedingly difficult for the majority of buyers – even those with $ 25 million to spend – because of inventory problems, said Erin Sykes, a real-estate agent with the global real-estate brokerage, Nest Seekers International.

But Sykes’ clients get more than house showings; they also get schooled on the economy in order to better understand the market – which may be at a crossroads.

will hit in the coming months. She’s found her background in economics handy, with clients often quizzing her on markets as they’re getting ready to spend millions of dollars.

“It’s like killing two birds with one stone,” she said of her dual mandate.

The real-estate market is in a constant state of flux, and Sykes said some of her clients are growing uneasy. Turbocharged home prices, which emerged during the pandemic, have fueled speculation that the US housing market is in a bubble that could deflate or even pop spectacularly as it did in the late 2000s.

“I’ve felt the brakes start to come on and people really weigh their options between moving on something now with a 5% rate versus waiting for prices to drop further and pulling the trigger in six months or so,” Sykes told Insider.

The 39-year-old was born and raised in Longport, New Jersey – a short drive from Atlantic City – into a family rooted in commercial construction. The John Sykes Company, Inc., founded 120 years ago by her great-great-grandfather, did a lot of the roofing and sheet-metal work for Atlantic City casinos.

After finishing her degree in finance, international business, and Spanish at Villanova University, Sykes worked for the family business as a sales and marketing director.

“That was my entry into this general industry,” she said. “I was the fifth generation to work there. I love construction.”

As an economist, she can talk about retail markets and big, litmus-test companies like Amazon and Boeing. But her main area of ​​expertise has been in commercial real estate, though she’s recently taken a shine to the residential real-estate market.

“I love the process of seeing things go from nothing to something,” she said. “However, the residential space is always kind of tugged at me.”

She joined Nest Seekers in 2020 and has represented big-name clients in New York and Miami, among them the former NBA star Scottie Pippen. His six-bedroom Fort Lauderdale mansion sold for nearly $ 11 million last year. Sykes made $ 150 million in total international sales and listings in 2021, according to Nest Seekers.

In October, Nest Seekers announced that Sykes would be its exclusive representative for the Waldorf Astoria Residences, a 100-floor tower being built in downtown Miami that’s scheduled to open in 2025. She already has a few units in contract, the most expensive being a $ 3.5 million three-bedroom unit on the 76th floor.

Whether it’s showing a $ 12 million mansion in Juno Beach, consulting with a client on the phone, or doing a quick TV appearance, Sykes has to be prepared to adjust to the demands of her clients and the market.

She talked to Insider about what an average day looks like for her.

Sykes is up early and starts her day with a bolt of energy: two nitro cold brews on an empty stomach.

“There’s probably a hole being burned into my stomach,” she joked.

While waiting for the caffeine kick, she catches up on emails. Sykes is part of the not-so-common zero-inbox club – meaning she strives to have no unread messages – because it keeps her organized and helps her map out her day.

She also keeps a TV on in the background, on a business channel, to gather any information that could affect her markets. She sometimes has to drop what she’s doing to provide TV commentary herself.

“When there’s breaking news, you have to be available right then to do the commentary for the different channels,” she said. “I’ve done commentary from everywhere: from hotel rooms, from my car, from client’s homes, from my home, and from studios.”

After the early-morning market research and email check, Sykes is off to her morning workout, usually a hot-yoga class or a Megaformer session.

Her preferred studios are the Yoga Society and the Sculpt Shop, both in West Palm Beach, where she spends 70% of her time. She lives in the Hamptons the rest of the time.

Sykes believes that the sweet spot for real-estate showings is from 11 am to 3 pm That four-hour window is ideal for both buyers and sellers who may have busy mornings.

“They’re rushing with the kids and getting off to work,” she said. “So I like to have some cushion in there.”

Sykes tries to build in extra time with clients, especially when showing in South Florida, where properties can be far apart. A drive from Coconut Grove to Sunny Isles could take over an hour.

Lunch generally depends on the clients.

“I’m happy to always host lunch for clients,” she said. “Especially if we’re moving forward and we need to discuss details and logistics.”

If not with a client, she may hop into a restaurant and grab a salad or maybe eat a snack bar to curb her appetite.

Sykes normally makes it back home around 6pm, though there are plenty of exceptions, as she makes her schedule around her clients’ needs, and sometimes more fleeting factors. For example, Sykes will encourage an evening showing for a home with a western-facing view to show off the sunset.

Staying flexible for clients is just part of the job, according to Sykes, who said she wrote contracts on Christmas Day and taken calls on Easter Sunday.

Sykes admitted that dining in is rarely her preferred option. She eats out most of the time.

“I hate cooking,” she said. “I have no food in the house; I only have cold-brew coffee.”

What’s more, restaurant dining with clients is often part of the job, she said. Sharing a meal is “a good way to stay engaged” with clients and other agents, she added.

If she’s not eating out, she’s probably ordering a meal for delivery through

To wind down after work, Sykes usually watches TV or reads a book.

“If I’m just blown away at the end of the day, then I’ll watch TV,” she said. “If I feel like I’ve still got energy and bandwidth, then I’ll read a book.”

Sykes prefers nonfiction and is currently reading After the Music Stopped, by Alan S. Blinder, a book about the 2008 financial crisis. For lighter entertainment, Sykes said she’s a big one Bridgerton fan and has been watching Inventing Anna and Selling Sunset on

After watching one or two episodes of a show or reading a few chapters of a book, Sykes checks her emails one last time and shuts down for the night.

She takes her sleep time seriously, leaving the TV and distractions from her phone in a separate room.

“I block out all of the blue light,” she said. “It’s pitch-black in my bedroom.”