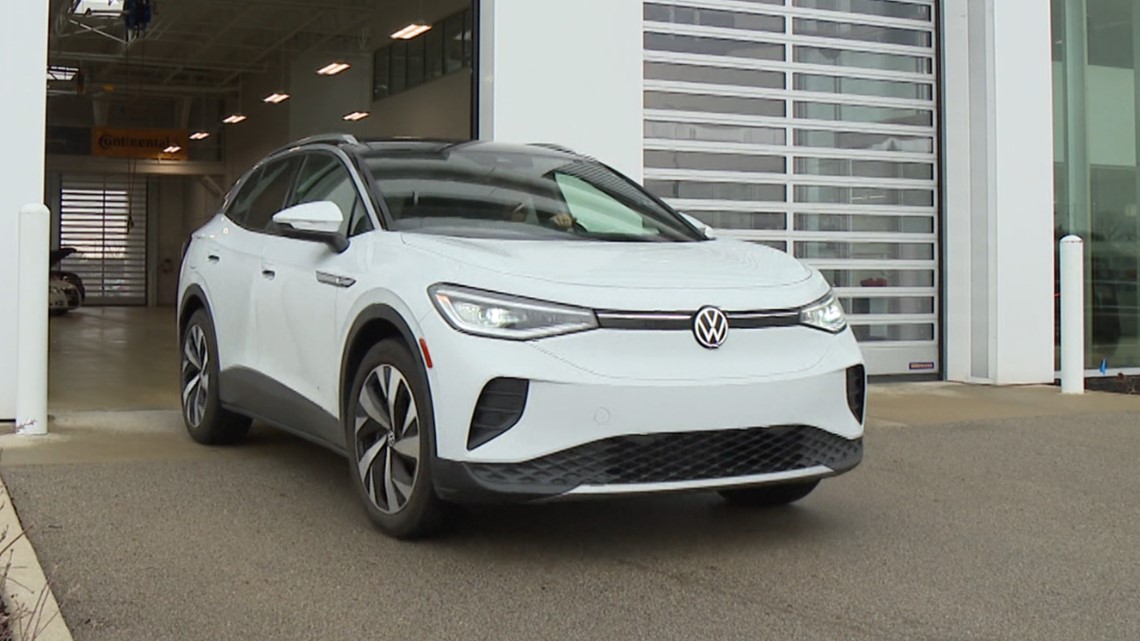 High gas prices are causing some people to consider electric cars. This is what the transition looks like for people who are choosing to go that route sooner.

NOBLESVILLE, Ind. – Mike Raza is a fan of electric cars, buying his first one in 2017.

“I got tired of having to worry about oil changes, maintenance and everything else,” Raza said.

Since then, he’s swapped out the car for a small, electric SUV – the Volkswagen ID.4.

To charge it at home overnight, Raza said he bought a charging station for under $ 200 on Amazon. But the charger he bought doesn’t plug into a regular outlet, so Raza needed a 220-volt, or a dryer plug, installed in his garage.

While the job can cost around $ 400, his work cost double because the breaker box was full.

RELATED: GM to offer electrified Corvette as early as next year

When Raza hits the road and needs charging, he stops at Electrify America Chargers.

“It’s included in the price for three years,” Raza said.

Depending on the drive, Raza said he gets up to 250 miles a charge.

“We’ve taken this car to Michigan, caught a charger in South Bend, ran around Michigan with it, came home didn’t even think about it,” Raza said. “We were there for about 30-35 minutes.”

When the three years are over, he will have to pay for charging station use.

Trey Hill, an electric car specialist at Tom Wood Volkswagen where Raza bought the car, said for $ 4.25 worth of gas, you’re going to get somewhere between 25-40 miles of range.

“If you were to charge at home, using the national average for electric cost, you’re going to end up getting about 150 to 175 miles for that same $ 4.25,” Hill said.

RELATED: How much do electric vehicle drivers pay for a full charge?

As for road trips, charging just takes a little planning.

Hill said between the Electrify America charging network and other networks, there are more than 20,000 stations available to electric car owners.

Non-Tesla vehicles may use Tesla charging stations, but there are limitations, and you’ll need to purchase an adapter.

In downtown Indianapolis, there are 15 public chargers.

While the battery should last longer than a decade, a replacement is expensive, but that technology is evolving, too.

Instead of replacing the entire battery for $ 10,000 to $ 15,000, Volkswagen made it so you can replace sections instead for less money.

Like other cars, electric vehicles are tough to get your hands on. Orders may take six months or longer.