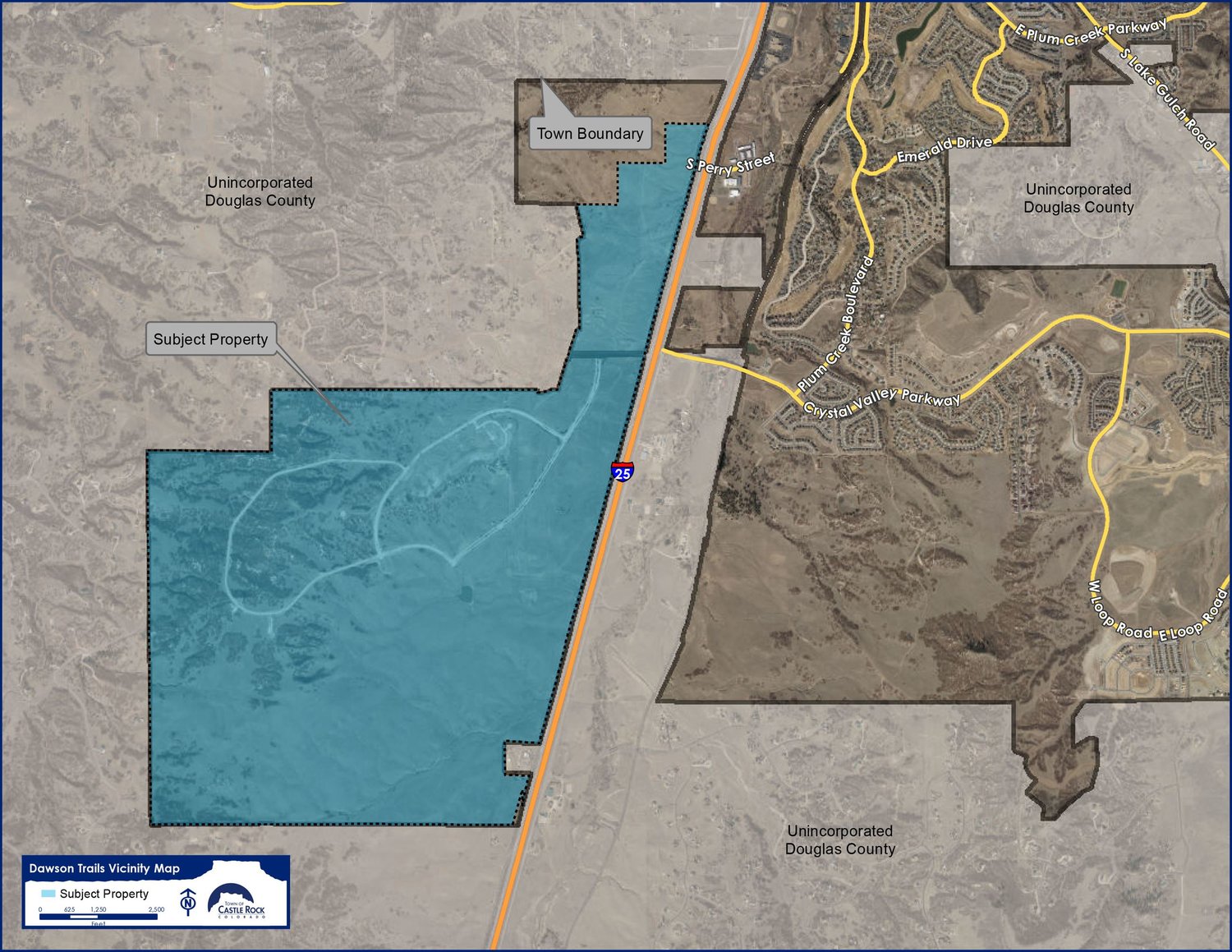 Castle Rock officials will be considering an amended plan for the 2,000 acre Dawson Trails development this month, which would include funding for the Crystal Valley Interchange and the possible construction of a Costco.

Developers for Dawson Trails, Westside Investment Partners Inc., will present the proposed development plan for the area west of Interstate-25 and south of Territorial Road to the town planning commission and board in August to begin discussions of incentives and requirements.

The plan lays out more than 5,800 housing units, around 750 acres of open space and 3.2 million square feet of commercial, retail, industrial and office space, which could include a Costco.

Under the proposal, the commercial and mixed-use developments would be centralized in a corridor near I-25, surrounded by more residential neighborhoods.

In order to bring a Costco to Castle Rock, Dawson Trails is asking for up to $10 million in incentives for the bulk-buy store.

Once open, Castle Rock could expect to see around $4-6 million annually in sales tax, which would be the single largest tax generator locally, according to a news release from the town. The release also noted that Longmont recently gave $10.9 million in incentives to get a Costco constructed in town.

With the taxes raised from Costco, Castle Rock would have the budget for 18 more fire and police staff from 2025-2027.

As part of the proposed plan, Dawson Trails would pay $50 million for the construction of the Crystal Valley Interchange, which is a $118 million project being done in partnership with Douglas County.

Additionally, the developer would pay $4 million towards a future fire station in the area and dedicate around 230 acres to the town for a fire station, parks, schools and town facilities.

Construction of housing would be decided by the developer, but the Crystal Valley Interchange is scheduled to be finished in 2025 and the opening of Costco would likely be that same year, if approved.

Current zoning for the Dawson Trails development would allow for up to 7,900 housing units and 17.5 million square feet of commercial, retail, industrial and office space.

The plan will go before the planning commission on Aug. 11 and then will be discussed by the town board at the Aug. 16 and Sept. 6 meetings, which will include public hearings.