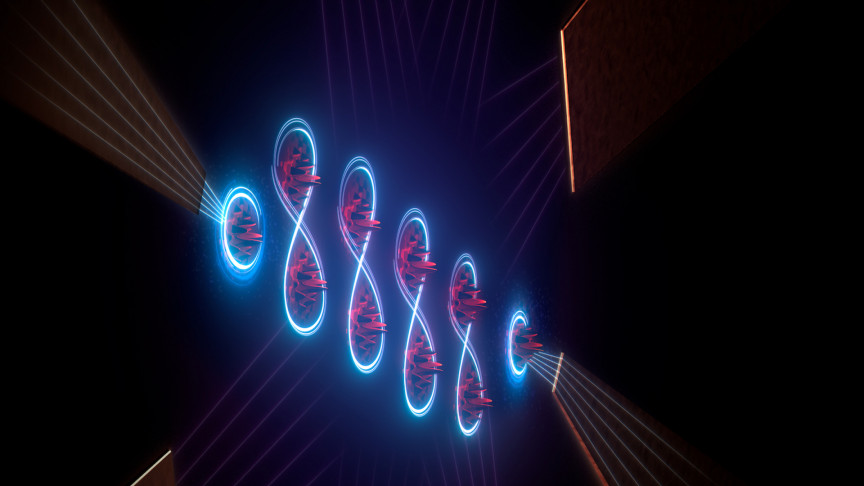 Sydney-based firm Silicon Quantum Computing (SQC) built the first integrated silicon quantum computer circuit manufactured at the atomic scale, in what has been touted as a “major breakthrough” on the road to quantum supremacy, a press statement reveals.

The atomic-scale integrated circuit, which functions as an analog quantum processor, may be SQC’s biggest milestone since it was announced in 2012 that it had built the world’s first single-atom transistor.

The company says the integrated circuit was successfully manufactured two years ahead of schedule. Its founder claims the new development indicates that we could be a further 5 years away from seeing commercial quantum computing products.

After manufacturing their atomic-scale circuit, the SQC team successfully used it to model the quantum states of a small, organized polyacetylene molecule. This, they say, provides definitive proof that the circuit can be used to model quantum systems with incredible accuracy.

In the statement, University of New South Wales (UNSW) Professor and SQC founder Michelle Simmon said “Today’s classical computers struggle to simulate even relatively small molecules due to the large number of possible interactions between atoms.”

“Development of SQC’s atomic-scale circuit technology will allow the company and its customers to construct quantum models for a range of new materials, whether they be pharmaceuticals, materials for batteries, or catalysts,” she continued. “It won’t be long before we can start to realize new materials that have never existed before.”

SQC says the integrated circuit delivers on a challenge postulated by pioneering theoretical physicist Professor Richard Feynman in 1959. He posited that to understand how nature works, you have to be able to control the matter from which it is constructed at the atomic scale.

Simmons founded SQC in 2017 with $ 83 million in seed funding from UNSW, Telstra, Commonwealth Bank, and the NSW and federal governments. Quantum computing has the potential to change many fields, including physics, engineering, and computer sciences. Companies such as Google and IBM claim to have reached quantum supremacy, though their machines are still far from reaching consumers and are still in the early development and research phase.

“Now we had our first atomic-scale transistor in 2012, and we were gunning for the integrated circuit by the end of 2023, but we got it by the end of 2021, so two years ahead of schedule,” Simmons continued. “That allows us to know we’ve got about five years before we’ll start to see commercial products.”

Now that it has built its quantum integrated circuit, SQC aims to scale up and produce its hardware at a wider scale. Still, according to Simmons, the focus is on quality over quantity. She said the company’s integrated circuit was made possible thanks to a “superbly precise manufacturing technology that is opening the door to a whole new world, “and that” it is a huge step towards building a commercial quantum computer. “