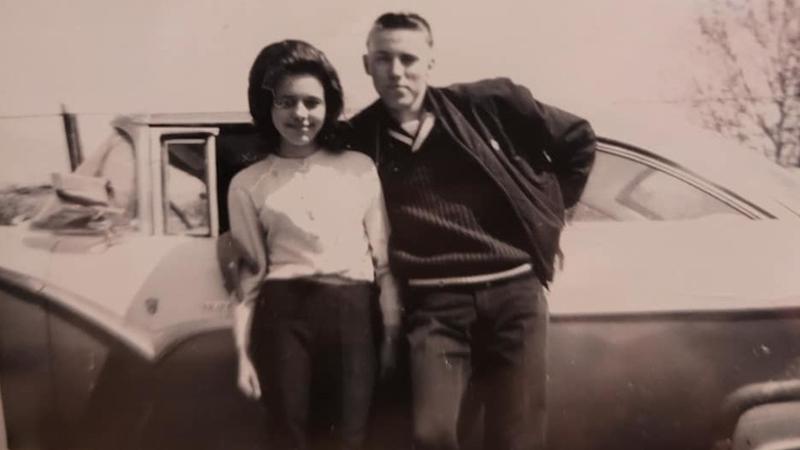 “Back then $ 1,500 was a lot of money and you are a young married couple and you are looking to buy a house and stuff, so the car had to go,” he explained.

Fast forward to 2010, and the car currently owned by Loth, was put up for sale by a private collector in Surrey, BC, who had been keeping it in storage the past 15 years.

“It’s a very pretty car. My wife decided that we had to have that car when it came up for sale. I wasn’t that keen on buying it but she won out, ”he joked, adding when he and his wife sat in it together, they felt like teenagers again.

While keeping the original interior and the original wiring with a six volt system, Loth had done what he termed some cosmetic work to it, including a new paint job, installing disc brakes for safety purposes, and there’s a modernized ignition to help it run smoother .

These upgrades come in handy when the couple drive the car to a number of shows across Canada, including Red Deer, Wetaskiwin and Banff. Later this month, the couple will take the car to a show in South Dakota. Loth said he enjoys talking to the people and fellow collectors that come by.

“And you bump into some people that you’ve known for years but you haven’t seen since you were in school. They recognize the car and they alway ask is that the same one you had when you were in school, ”he said.

Evan Davis, secretary of the Klassic Kruizers Kar Klub, told paNOW they expect to have up to 300 vehicles on display this weekend. In the past, vehicles have come from Nipawin, Saskatoon, La Ronge, and even as far away as BC

“It’s just a great day to get together and show off the cars,” he said.

In addition to citing Loth’s Pink and White Crown Victoria, Davis explained each of the old cars has a unique story, including a truck that was a father and son project, or others that may be a family heirloom.

“It’s a way people connect with the past,” he explained.

In addition to the cars in the lot, there will be live entertainment on stage with Jake Vaadeland and the Sturgeon River Boys and local band, Flashback. David said there is no cost to see the cars, nor is there a fee for people who want to show of their vehicles.

The car show runs from one to six pm