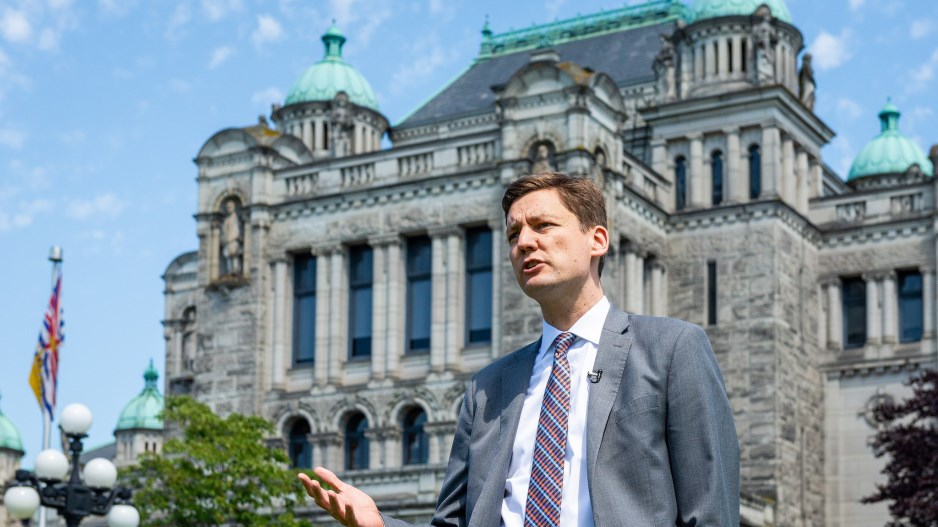 If BC lawmakers have so much skin in the game, may this impact their will to implement effective housing policies? “It’s a totally valid question to ask,” says a political science professor.

The rate of home ownership and investments in second and third properties among British Columbia’s lawmakers far outpaces the general public, giving rise to questions as to whether they can address the province’s housing affordability crisis.

Ninety-five percent of members of the legislative assembly (MLA) are homeowners, outpacing the provincial home-ownership average of 68 percent.

More so, of the 83 MLAs who own a home, more than half – 42 of them – own a second property, far exceeding the provincial secondary homeowner rate of 15 per cent cited by Statistics Canada this year. Meanwhile, 13 MLAs have an interest in three or more properties either directly or via holding companies, according to disclosures filed with the BC Office of the Conflict of Interest Commissioner.

Since 2015, BC home prices have doubled from about $ 550,000 to close to $ 1.1 million, pricing out a significant amount of the population, particularly young adults.

The province’s housing costs have long spurred calls for policy changes at all three levels of government. But if BC lawmakers have so much skin in the game, may this impact their will to implement effective policies?

“It is really hard to treat something and act as if something is a crisis, if it is perhaps the best thing that’s ever happened to you financially. It’s just a cognitive dissonance there. So, I think the fact that there are so few in the legislature who can speak firsthand to what it’s like to rent in any kind of situation… it’s just an inability to fully empathize with just how serious the situation is, ”said Perst.

MLAs Adrian Dix, Megan Dykeman, Mable Elmore and Ellis Ross are the four members who do not disclose an ownership interest in a primary residence. Notably, Ross is a resident of the Haisla Nation, and thus lives on reserve land in his Skeena riding. Ross is also the only BC Liberal MLA without a land title, whereas 54 of 57 NDP MLAs own a property. Meanwhile, both Green Party of BC members, Adam Olsen and Sonia Furstenau, are homeowners, with the latter being among those with three or more properties.

BC Housing Minister David Eby was among the few MLAs renting last year, after selling his one-bedroom apartment in Downtown Victoria in 2019; however, he told Glacier Media he has recently purchased a townhouse in his Point Gray riding where such properties generally sell for $ 1.5 million to $ 2.5 million.

Eby said up until his recent decision to buy a permanent property for his family, he has experienced renting on and off and has close friends who rent.

“So, I’ve been concerned about the impacts of high home values ​​on the makeup of Vancouver and as housing minister, the makeup of our province; the quality of life of the people who live here and the stress that places people under and the constraint that it places on our growth as a province for a long time. And I’m going to continue doing that work, regardless of whether or not our family owns or rents, ”said Eby.

Asked whether the high rate of property investments among members of the BC legislature may cloud policy decisions, Eby replied: “I think that a party that doesn’t have renters among their membership is going to struggle to understand some of the issues facing renters. That’s not our party. We have renters in the cabinet in the caucus. ”

No BC Liberal is a renter.

Eby added his government is committed to housing affordability despite “a remarkable run-up in property values ​​during the pandemic.”

Key measures the NDP touts are policies designed to curb housing demand, including raising the foreign home buyers tax to 20% and implementing a speculation and vacancy tax on empty properties and families of foreign income earners.

However, the NDP has yet to fulfill a promise to give all rental households $ 400 annually – a policy Eby claims his government is still going to implement. Eby also said a new law (Bill 16) will allow BC Housing to buy land around transit stations and corridors for rental housing construction before higher costs associated with municipal re-zoning are established.

Leader of the Official Opposition Shirley Bond, MLA for Prince George-Valemount, is among those with interests in at least three properties. One of the most prolific property investors was former finance minister and Abbotsford West MLA Michael De Jong, who recently dispatched five investment properties in Abbotsford in 2021.

BC Liberal House leader Todd Stone told Glacier Media it’s a valid question whether there is bias among politicians; however, “it doesn’t mean MLAs can’t walk and chew gum.”

Stone said his party is focused on policies to increase housing supply of all types (market and non-market). He said taxes have not been the answer to suppressing the recent uptick in home prices but could not confirm the party’s policy proposals are aimed at driving home prices downward. Stone added that the NDP caucus is “deeply” hypocritical for calling out BC Liberal leader Kevin Falcon for working in the development industry (for Anthem Properties) when its own members are profiting from housing.

Now, the most properties owned by one MLA is Surrey-Fleetwood representative Jagrup Brar of the NDP, via Frejno Holdings Ltd., which owns seven properties in Prince George.

Murray Rankin, the Oak Bay-Gordon Head NDP representative, owns his residence in Victoria, a recreational property on Saturna Island and two apartments in Victoria, which he rents.

Another investor among the legislature is Green Leader Sonia Furstenau.

Furstenau resides in a primary residence in Shawnigan Lake. Furstenau and her spouse own a second home in Mill Bay, valued at $ 1.35 million, up from $ 757,000 in 2018. Furstenau’s spouse also owns a home in Victoria valued at $ 1.5 million.

Furstenau maintains she and her party are dedicated to improving housing affordability and if that means implementing policies that lower home values, “that’s what’s going to have to happen,” she added.

“My vested interest in my role is very much in the public interest and the public good. And I see, in so many ways, the damage that the overheated housing market is having on communities and people, ”said Furstenau, adding her party is particularly concerned with“ financialization ”of housing via corporate ownership and is pushing for non-market. housing. ”

“I was a renter for close to 10 years as a single mother. And so, I also know very well that realm and the anxiety of being a renter in uncertain times. ”

Asked what it may mean to have such a high rate of property ownership in the legislature, Furstenau replied: “I think, in a lot of ways, it’s an indication of a lack of socio-economic diversity that we need to have in here. It’s a lack of representation across age rages as well. ”

Furstenau holds no mortgage on her primary home in Shawnigan Lake, making her among 26 MLAs with clear title. Of those, 10 (of 27) are from the BC Liberal caucus.

Premier John Horgan also has no mortgage on his Victoria home and holds a one-third interest in a second property, which he does not claim rental income for.

The public disclosures filed with the BC Office of the Conflict of Interest Commissioner do not disclose specific uses of second or third properties, which may vary. Bond, for example, has leaseholds on a Victoria property and a recreational lot in Norman Lake.

Delta MLA Ian Paton owns vacant farmland in Delta, for his disclosure. Many others have recreational lots that they do not report income for. And some hold property interests via company holdings, such as Kelowna-Mission MLA Renee Merrifield, who is a developer, or Westside-Kelowna MLA Ben Stewart whose Quails Gate Vineyard owns property.

The disclosures are intended to address specific conflicts of interest and not broader interests that apply to all of the public, such as housing, according to the office.