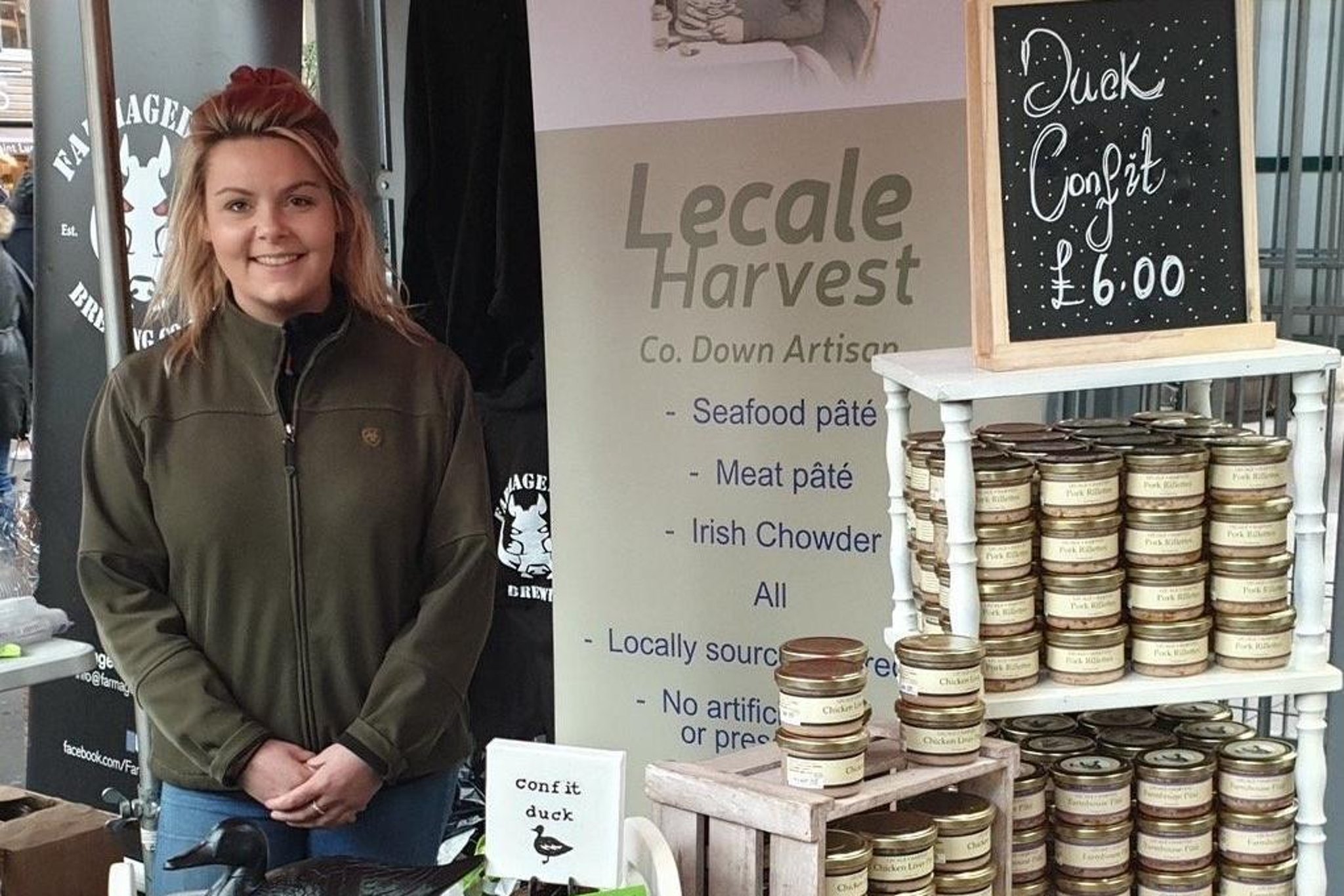 Ballynahinch-based Lecale Kitchen has come up with a range of ready to cook meals for people living on their own.

The food manufacturer, a specialist in gourmet dishes developed by owner and experienced French chef Patrice Bonnargent, identified the business opportunity during the lockdowns in hospitality and has now created a range of delicious and value meals that offer a handcrafted experience from a quality conscious local supplier .

The company, which began as a specialist in seafood including oysters and mussels from beds established by Patrice at Killough and which led to significant business in France, diversified into a new manufacturing base in Ballynahinch originally for the production of a portfolio of French meal favorites which proved hugely successful with delis as well as the wider public.

The latest range of innovative foods features delicious meals for one such as chilli con carne with boiled rice and paella in packs that can be ready to enjoy in 10 just minutes. They are the latest convenient dishes from the small company that’s owned by talented foodie Patrice, wife Joy, daughter Perrine and son Luca. They are being launched under L’s Kitchen, a new corporate brand.

Joy explains: “We saw an opportunity in the marketplace to create a delicious selection of convenient meals on a single serve basis especially for people on their own seeking quality foods they could make quickly and without too much hassle. They’ve been prepared by us with the best ingredients, mostly from other local suppliers, to provide a quick and delicious meal for one. They also help reduce food waste. ”

The emergence of a single-service market for gourmet dishes was one to become especially apparent during the recent lockdowns in hospitality associated with the coronavirus pandemic.

The small food company had previously won widely acclaimed for an original range of French influenced dishes, pre-cooked meals and is a family owned and run business. Patrice and his family have lived in the Lecale area, which inspired the name of the company, for over three decades.

As a young man in Tours in France’s picturesque and historic Loire region, Patrice had the benefits of a chef for a father and enjoyed traditional and wholesome meals. He was influenced by his son use of local and seasonal produce that now underpin Lecale Harvest.

The latest L’s Kitchen branded meals are ‘just heat and eat’ tasty dishes which have a two-month shelf-life. They are produced without preservatives by the small and ambitious company, an award-winning and successful producer of gourmet meats and seafood products in Northern Ireland. Awards gained by the widely respected enterprise include those from the UK Guild of Fine Food under the coveted UK Great Taste scheme.

Patrice, who came to Northern Ireland to play rugby at Portadown RFC, stayed and contributed to the marketing of oysters and other shellfish to contacts in his homeland. He subsequently married and set up home here with Joy. They then launched a successful seafood business which continues to export to France and has also become a popular destination for tourists and local visitors. In addition to selling these locally especially to high-end restaurants, he exports the fresh products for finishing by France growers and selling to high-end eateries in centers including Paris.

He launched Lecale Harvest to develop the Killough oyster business around 20 years ago and subsequently decided to diversify into the creation of other dishes due to the seasonal nature of seafood in Northern Ireland. The first step was the creation of an extensive range of artisan meat pates such as chicken liver, crab, langoustine, mackerel, and smoked salmon in jars. It subsequently moved into other premium food products.

The company now has a strong business portfolio of established French style dishes such as Beef Bourguignon; Confit Duck Cassoulet with pork belly; Toulouse Sausage; and Confit Duck and Puy Lentils. It established business in Great Britain, supplying customers such as Cotswold Fayre, a long established wholesaler dedicated to providing independent retailers with a complete range of top quality food and drink products.

Lecale’s foods were seen as a perfect fit by the top wholesaler which has long been focused on gourmet foods from small producers that aren’t usually chosen by major supermarkets. Cotswold Fayre had been impressed by the quality and taste of the products and subsequently came back with a listing for delis and gourmet stores in the UK and Republic of Ireland.

In addition to prestigious Great Taste Awards, Lecale Harvest has won a Blas na hEireann Irish Food award and has featured with InvestNI / FoodNI at major presentations of Northern Ireland food at venues such as the popular Borough Market in London.