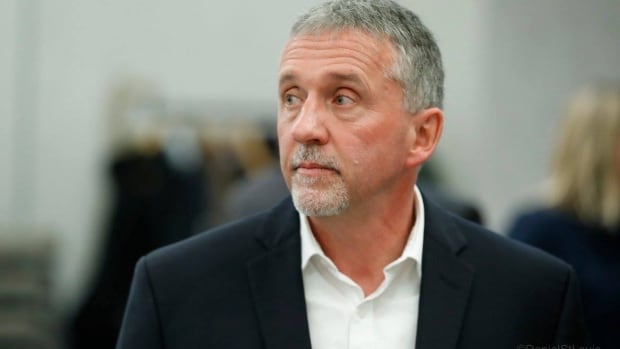 An arrest has been made in a long-running investigation of alleged fraud by an executive at a Moncton business development agency who then disappeared.

Daniel Bard was vice president of investment attraction for 3+ Corporation between 2016 and 2018.

In 2019, CBC reported Bard was accused by several business owners and individuals of receiving hundreds of thousands of dollars in administrative and brokerage fees while working for the municipally-funded agency, but failing to deliver on promises and then vanishing.

An RCMP investigation was launched after Dieppe business owners went to the police.

On Tuesday, CBC asked the RCMP for an update on the investigation into Bard.

“In reference to a fraud investigation that you had mentioned, a 57-year-old man was arrested by the New Brunswick RCMP in Edmundston on March 2, 2022,” Cpl. Hans Ouellette said.

Ouellette said the man was released and is scheduled to appear in Moncton provincial court on July 6.

Ouellette did not name the person as charges have yet to be formally laid in court. He declined to specify what charges the man may face.

Bard, who is in his 50s, is from the Edmundston area.

He worked as executive director of the Petitcodiac Riverkeeper, an environmental charity, for about a year until he was let go for failing to raise funds.

Bard was hired by 3+, the regional economic development organization for the municipalities of Dieppe, Moncton and Riverview, in July 2016.

Several businesses filed civil lawsuits naming Bard over the years. Several resulted in decisions against him.

The cases allege Bard offered to help small businesses through his personal venture management company, asking them for a brokerage fee in exchange for helping to secure loans for them.

Charlo-based HIL Group paid Bard $ 130,000 in 2017. Bard promised the company an investment to help with a project to transform organic waste into bio-fuel pellets, but the money never came. HIL Group sued and won its case in 2019. Bard didn’t file a statement of defense or attend court.

Moncton lawyer Christian Michaud represented multiple parties who said they lost money to Bard. In 2019, he said the estimated combined losses were between $ 2 million and $ 5 million. Michaud did not return a request for comment Tuesday.

Saly and Clinton Davis owned the Glamor Secrets salon in Dieppe’s CF Champlain mall. In 2017, after several years in business, they were nearing the end of a franchise agreement and went to 3+ for advice on other potential investments.

They were assigned to Bard despite the fact that his role was to attract investment from outside the province to the Moncton area.

Bard, the couple told CBC in 2019, proposed to help them open their own line of salons, a beauty school and a beauty products warehouse for an online store.

Bard asked them to pay his own company, VM Venture Management Corp., US $ 25,000 as a brokerage fee. They said he offered to secure them a loan of $ 8 million to $ 13 million to get the project started.

In September 2017, they had given him a bank draft for the brokerage fee, but the loan was never materialized. A cheque he later wrote to repay the couple in 2019 bounced. They estimated they also lost thousands after purchasing equipment and supplies for the project.

The couple reported him to police in August 2019 and believe he left the country.

“Daniel was back in the province and got arrested,” Saly said in an interview Tuesday.

She thanked the police for their efforts in the case.

“It’s nice to hear that he’s been found, and that he may or may not be held accountable in the end,” she said.

They both hope to attend the first court appearance in July.

“I’d like to be the front row center, if possible,” Clinton said. “I want to see his face again. We worked with him for two years straight.”

They believe 3+ should be held accountable for what happened.

Susy Campos, who became CEO of 3+ after Bard had already left the agency, ordered an outside investigation that resulted in a 13-page report released in February 2020.

“There is no evidence supporting an allegation that Bard was acting as an authorized representative of the Corporation while engaging in the impugned activities,” Fredericton lawyer Joël Michaud said in the report.

The report raised questions about how Bard was hired, saying no résumé was found in the organization’s files. The only outside information came from a 3+ employee who said Bard was an “enthusiastic entrepreneur and a nice person,” the report stated.

The report concluded “Bard appears to have abused his position to enrich himself and defraud the clients of the [3+] Corporation. “