Everyone talks about the consequences of smoking on the environment and on health, but what about the cigarette butts that are discarded just anywhere? Nirit Datta, a former IT professional, a wildlife enthusiast and an environmental conservationist, through his public movement codenamed Butt Rush, is on a mission to spread awareness about cigarette butt environmental pollution across India, which he believes is the need of the hour as there is hardly any discussion around it.

Cigarette butts account for the major non-biodegradable littered waste across the world, and in India – where approximately 100 billion cigarettes are sold every year – cigarette butt litter presents a grave challenge. Datta believes there is severe lack of awareness about the hazardous and detrimental impacts of these harmless-looking cigarette butts.

What is the RUSH (BUTT) all about?

Datta founded Butt Rush on April 24 2021, an environmental movement against cigarette butt pollution. Through Butt Rush, Dutta along with his team and the volunteers organized a 24-hour environmental marathon where volunteers walk for 24 straight hours to collect cigarette butts from streets and open spaces. They also collect data which helps them to better analyze and do the research (confidential) to understand and document the problems associated with it. 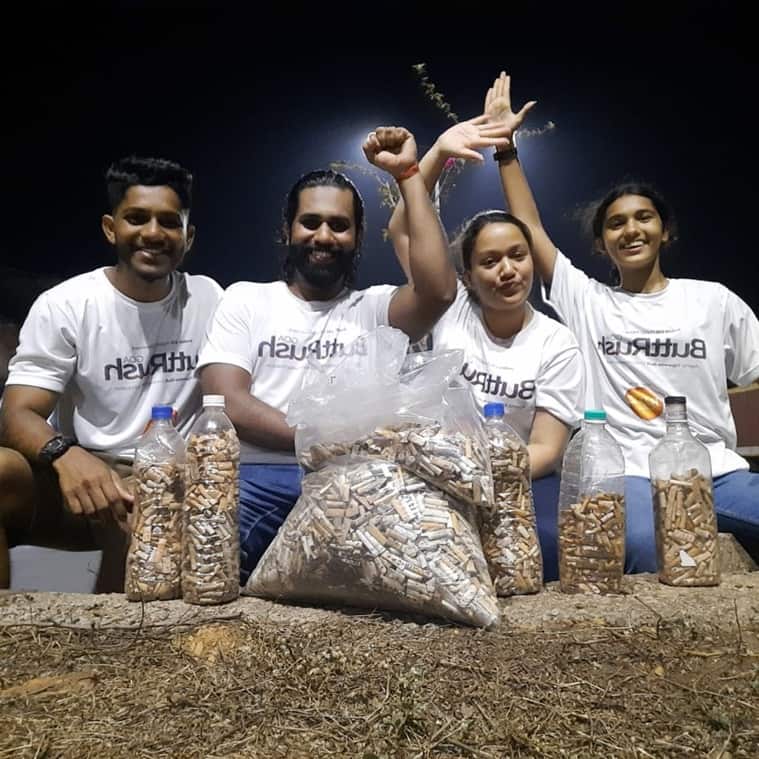 Datta says through his movement, he wants to travel to each and every state and union territory to spread awareness and understand the impacts of cigarette butt pollution. The larger goal is to come up with sustainable and economically-viable models for state governments, the central government and corporates to tackle this pollution. So far, Butt Rush has made its presence in 10 states and one UT. In the latest Butt Rush Marathon – which was conducted in Goa on April 23 – the team successfully collected over one lakh cigarette butts.

Why cigarette butts are harmful

Datta and his team interviewed more than 1,200 people and 99 per cent of them did not know what constitutes cigarette butts; the most common replies were cotton fiber. He says there has always been a major misconception among smokers and non-smokers that the butts are biodegradable and not harmful for the environment. 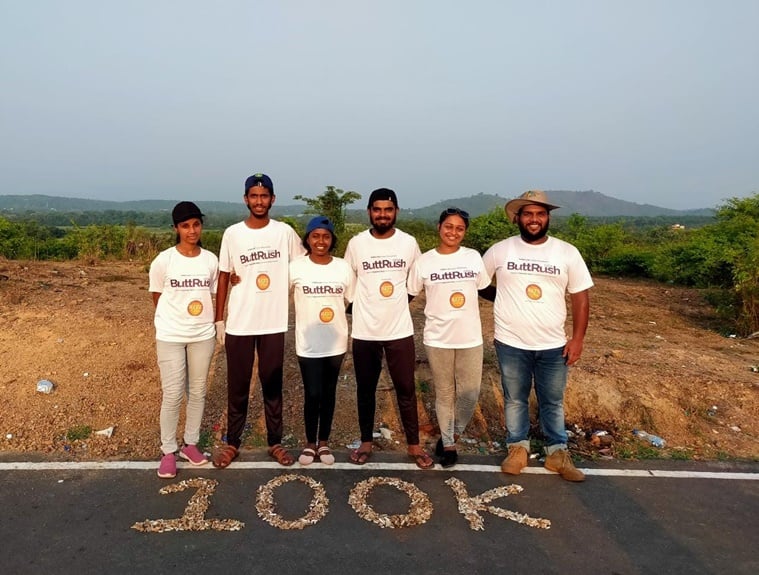 Reports by World Health Organization (WHO) and several foreign studies including one by California Waste Management Bulletin suggest a cigarette butt contains 165 toxic chemicals. Ninety-five per cent of cigarette filters are made of cellulose acetate, which looks like cotton, but is a thermoplastic that is slow to degrade.

It may take two months in favorable atmospheric conditions, and up to three years or more in a seawater for a cigarette butt to degrade. They not only inhibit plant growth, but are extremely harmful to aquatic life, too. Datta says cigarette butts are responsible for heavy metal contamination and microplastic pollution that severely affect the marine, fresh, beach and soil ecosystems.

In September 2020, the National Green Tribunal directed the Central Pollution Control Board (CPCB) to lay down guidelines pertaining to the disposal of cigarette butts and bidis, based on a report submitted by CPCB. In 2017, NGT had slammed the Ministry of Environment for terming butts as ‘biodegradable’. The move came after an NGO called ‘Doctors for You’, working for cancer care moved NGT to declare cigarette butts and bidis as “toxic waste”. The plea by the NGO claimed cigarette butts are “concentrated toxic waste dumps” and that their improper disposal causes environmental problems. 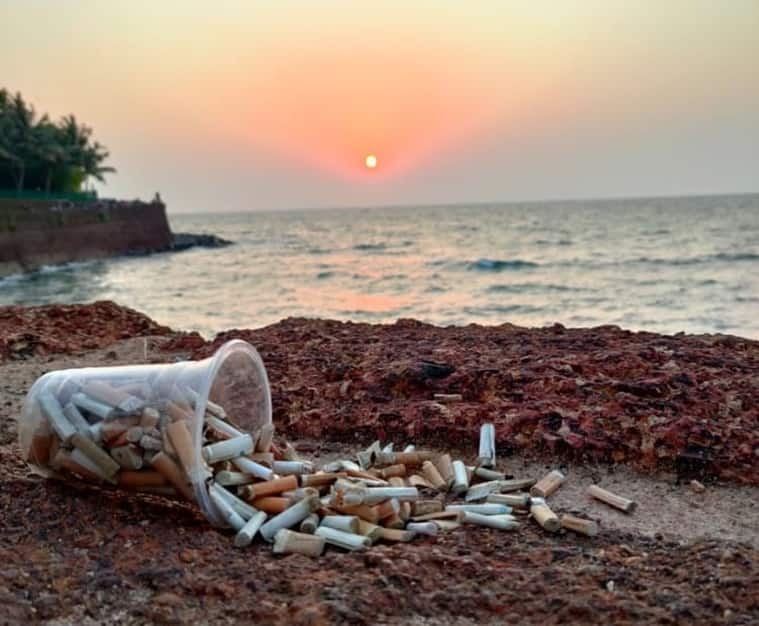 It may take two months in favorable atmospheric conditions, and up to three years or more in a seawater for a cigarette butt to degrade. (Photo credit: Nirit Datta)

A WHO report titled ‘Tobacco and its environmental impact: an overview’, 2017, mentions the chemical composition of cigarette butts constituting heavy metals and thermoplastics which take years to decompose in nature, and their hazardous impact on environment and humans.

According to Datta, the solution lies not only in recycling but in spreading awareness.

The second most important solution, according to him, is placing cigarette bins at the smoking hotspots. He reiterates the fact that in order to make people throw cigarette filters in the bin, they need to be made aware of the harmful effects of the filters on the environment and human lives. And lastly, efficient recycling of these butts is pivotal. Datta explains the methods in practice for recycling cigarette butts are not as efficient. He says recycled cigarette butts are used as stuffing inside soft toys, cushions, bean bags and pillows, which poses risks of inhalation of microplastics by its users.

To make people throw cigarette filters in the bin, they need to be made aware of the harmful effects of the filters on environment and human lives. (Photo credit: Nirit Datta)

“Small items are tough to collect,” he says, adding rag-picking is not the solution. Datta says after conducting several marathons where cigarette butts have been picked manually, a person needs to individually pick up the butts which requires time and strength. It cannot be expected from the rag pickers to specifically collect and segregate them. Dutta believes 60-70 per cent of butts can be recycled efficiently in India if they are collected at the source, and Butt Rush is not only trying to fight the impact of pollution but also the source of pollution. “We are not against smoking, but the pollution caused by cigarette butts.”

“Why is there not enough dialogue and discussion among stakeholders?” Dutta recalls incidents of greenwashing when he was offered huge sums of money by tobacco companies and corporates to conduct marathons without talking about the harmful effects of cigarette butts and hiding their chemical composition. He calls out these companies, asking them to acknowledge this problem and help find alternatives and solutions.

The writer is an intern with Indian Express.